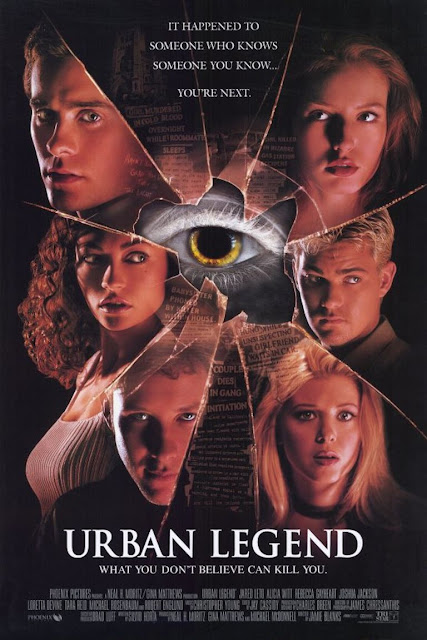 My History With the Film:
Urban Legends was one of my most anticipated horror releases in 1998. I had a fascination with urban legends since I was a small child when my mother shared with me local stories that involved The Vanishing Hitchhiker and The Devil’s Tramping Ground. Back in 1998, the internet was still pretty small and it wasn’t like you could easily debunk everything with a simple Google search. Urban legends were still making their rounds at school and seeing someone embracing these stories and turning into a narrative excited me.

I finally caught the movie when it was released on VHS and instantly fell in love with it. I revisit it every three or four years and haven’t tired of it yet.

What The Film Is About (Non-Spoiler):
A New Hampshire college campus begins experiencing a string of bizarre deaths that occur in the form of various urban legends.

What I Liked About It:
-The opening scene is amazing. It obviously took its cue from Scream by creating a self-contained short story to open the film, but they utilized one of the classic urban legends and executed it masterfully. It also featured Brad Dourif and he is amazing in everything he does. 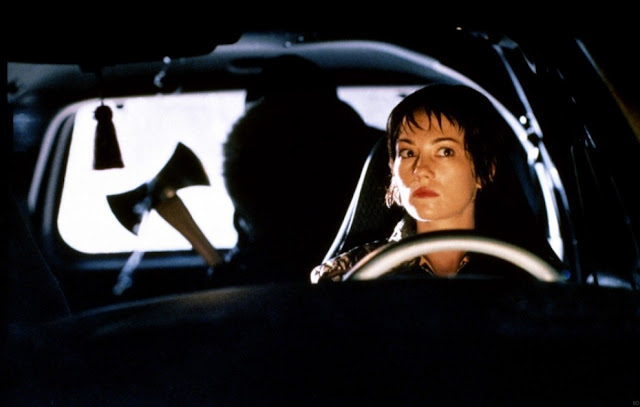 -Rebecca Gayheart was one of my childhood crushes and so I’d pretty much watch anything she starred in back in the late 90’s/early 2000’s. Alicia Witt was another late 90’s stunner, and let’s not forget this film also featured Tara Reid pre-American Pie and even Halloween’s own Danielle Harris.

-On the male side we had Jared Leto, Michael Rosenbaum (pre-Lex Luthor), Joshua Jackson, and Robert Englund. It was a very talented cast of people who I enjoyed in both this movie and others. 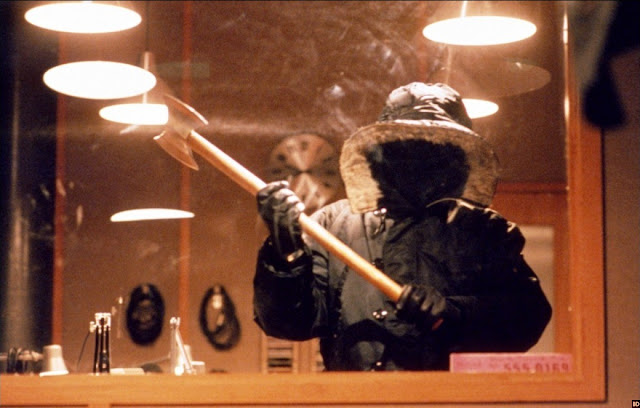 -The intermingling of urban legends coming to life was just fantastic. I’ve already talked about my appreciation for the art form and I was riveted to see it all play out on the big screen.

-I really liked the use of the killer’s costume. It was bulky and out of place, but left a lasting image.

What I Didn’t Like About It:
-I always felt the ending was a little weak. The chase at the end along with the big reveal wasn’t all that surprising and there were too many conveniences that played out. Slashers are guilty of this a lot of times, but Urban Legends seemed to go just a little too far.

-The final scene was fun, but a little absurd considering. You definitely have to check your mind at the door. 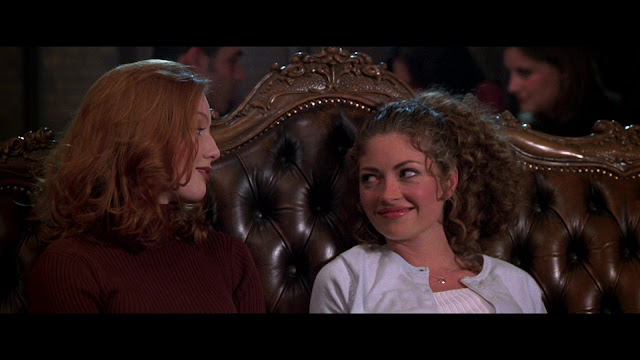 -The film goes a little meta at times, but it’s nothing too distracting or over the top. All of the post Scream slashers tended to do this. In fact, many of the jokes would probably go over younger viewers heads.

-Brad Dourif who played the gas station attendant is the voice of Chucky and Robert Englund who played Professor Wexler was Freddy Kruger.