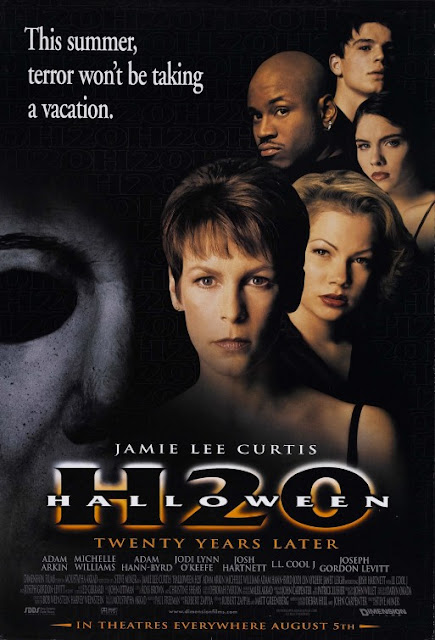 My History With the Film:
I remember when Halloween 6 was in theaters and how I begged my dad to take me. Of course, the movie bombed and was only showing at midnight, and there was no way my dad going to give into that. So, I anxiously awaited the next film, which happened to be H20. It was then I was finally able to see Michael Myers on the big screen.

I went to the first showing on the Friday that it released and I wish I could say it was a positive experience, but it wasn’t. It was my first time watching a horror flick with an audience and I was forced to listen to their running commentary of “Don’t go in there” the entire time. I left the film irritated most at the audience, but also because the film catered to the tone of all the late 90’s teen horror films, which is something I absolutely adore about it now.

Every time I revisit this film, I find myself liking it more and more.

What The Film Is About (Non-Spoiler):
Twenty years after the events of the original Halloween movie, Laurie Strode finds herself being hunted by Michael Myers once again.

What I Liked About It:
-I loved the abandoned college campus setting. It was eerie and believable and made for a very suitable alternative to Haddonfield. 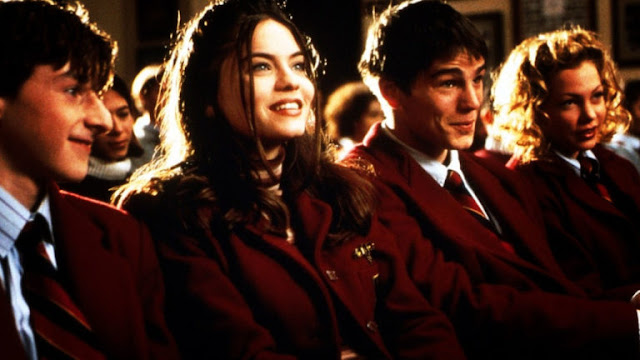 -The casting was pretty good. It featured Michelle Williams (Dawson’s Creek), and the film debuts of Jodi Lyn O’Keefe (She’s All That) and Josh Hartnett (The Faculty). LL Cool J provided some comic relief (somewhat similar to his role in Deep Blue Sea) and Adan Arkin injected some mature acting to compliment Jamie Lee Curtis.

-The opening scene is amazing. Say what you will about 90’s horror, but these films after Scream all decided to make short little films prior to the actual movie beginning and Halloween H20’s is amazing. It features a young Joseph Gordon Levitt. 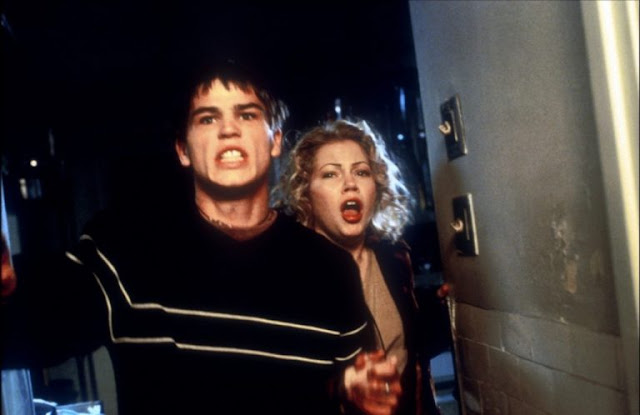 -Michael’s presence is intimidating and scary and his mask is pretty good. I have a few issues with the performance, such as the one hand lowering from the pipe, but I felt like this was a good Michael Myers, something the franchise needed at the time. 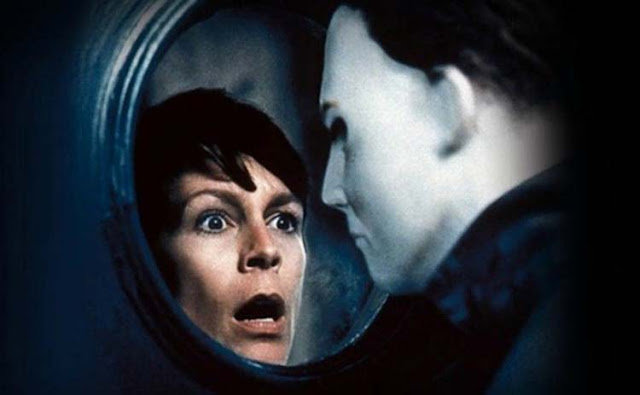 -Laurie’s PTSD was a brilliant touch. It went beyond simple survivor’s guilt/nightmares and was full blown paranoid and anxiety. It made Michael’s actions real in the previous films.

What I Didn’t Like About It:
-The runtime. This film could have been a little longer and still enjoyable. I mean, it didn’t “need” anymore footage, but I would have appreciated some more.

-Adam Arkin’s character was a must have, but he’s performance at times is wooded and out of place.

-We didn’t get enough scenes with Jodi Lyn O’Keefe and Adam Hann-Byrd. I think that extra runtime should have been spent on developing their characters a bit more thus making them more crucial and important to the story.

Additional Notes:
-The school secretary Norma is played by Janet Leigh (Psycho), Jamie Lee Curtis’ mother. Her car is a 1957 Ford Cedan the same car she drove in Psycho. 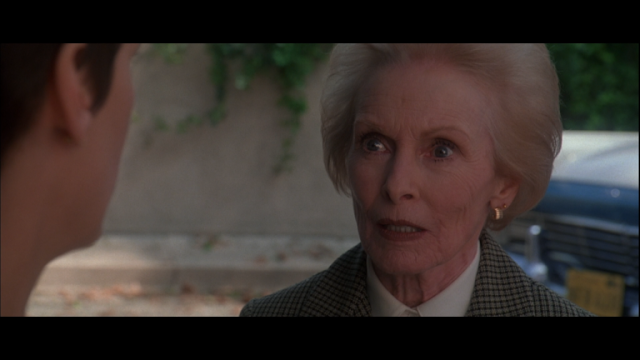 -The film ignores Halloween 3-6, although a draft of the screenplay by Kevin Williamson (Scream) actually made those films canon and explained them within the realm of this story.

-Speaking of Kevin Williamson, he was coming fresh off Scream and actually wrote a new treatment of the original Halloween 7 script which is what became Halloween H20. He was not given credit as a writer because the original writer (who came up with the setting of a fenced in school) would not share credit with him.

-Director Steve Miner has directed a few notable horror movies such as Friday the 13th Part 2 and 3, House, Warlock, and Lake Placid.

Rating:
Halloween H20 is another film, like Scream, that I appreciate more and more as I get older. I think sometimes, when we are in the moment, we fail to see greatness. We are too busy looking backwards and judging the present that we miss out some very good films. I know that’s what happened with Halloween H20 and me. I dismissed it early on, but now it’s one of my favorites.

Halloween H20 isn’t a perfect film, but within the Halloween franchise it is one of the best. It was a great post-Scream slasher that still holds up well and a must watch if you are a fan of Halloween. If I was recommending Halloween films to a new viewer, I’d recommend he/she watch Halloween 1, 2, and H20 and nothing else.

This film is a solid four out of five and must own for Halloween fans.
By Brandon at October 01, 2017
Labels: 1990s, Halloween, Slashers, Teen Horror