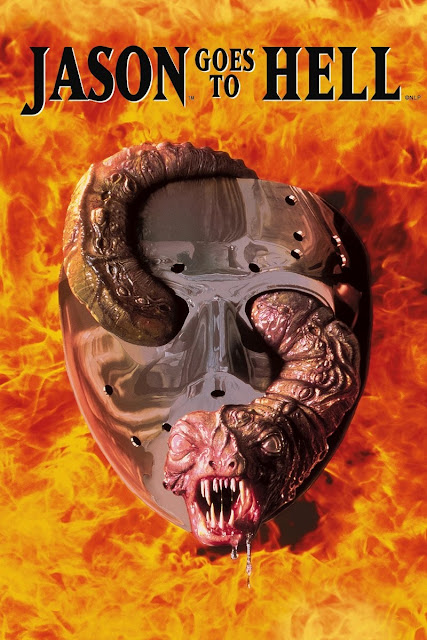 My History With the Film:
Jason Goes to Hell came out when I was in elementary school and it was the talk of everybody. First off, having the word hell in the title made it super cool to our immature little minds. Plus everyone was talking about the ending. (SPOILER) The idea that Freddy’s glove grabs Jason’s mask was mind-blowing, especially since we all grew up going to video stores with Freddy and Jason posters and standees throughout the store. The thought that these two heavyweights would face each other one-on-one was fascinating and it kept us all discussing the hypotheticals of this face off. Would it be a cage match? Would it be at Wrestlemania? Yeah... we were excited, but not all that smart.

My first experiencing in watching Jason Goes to Hell dates back to the one sleepover I ever remember attending. I was living in Orlando, Florida and somehow a handful of us fourth graders ended up having a sleepover at someone’s house. It was the typical sleepover affair that involved pizza and us heading to the video store. We were all big wrestling fans, so we rented Thunder in Paradise as well as Jason Goes to Hell.

We got back to the kid’s house and started up Thunder in Paradise. We rented it solely because Hulk Hogan was in it, and we probably would have been better off renting a Wrestlemania tape. We spent most of the time talking wrestling and actually wrestling, and not watching the movie.

It ended around eleven and now it was time for the main event, Jason Goes to Hell. We popped that VHS tape in, turned off the lights, and crawled into our sleeping bags. Then we all proceeded to fall asleep.

Jason Goes to Hell was not the thrilling horror movie we all were looking for. In fact, it was so boring it put three elementary school kids to sleep.

I revisited Jason Goes to Hell in early 2017 while working my way through the Friday the 13th series. I didn’t find the film boring this go around, but it certainly was not what I was expecting.

What The Film Is About (Non-Spoiler):
After Jason’s destruction, his evil essence is able to possess anyone that it comes in contact with.

What I Liked About It:
-The whole idea of a sole leaping body-to-body and then doing the killing was neat and would have been great for a horror movie that did not involve Jason. 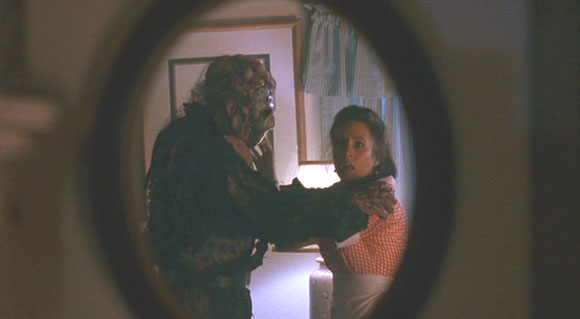 -The moments when you see Jason in mirrors and such is quite effective and looks cool. Again though, this should not have been Jason but some other creature and it would have worked much better.

What I Didn’t Like About It:
-This was not a Friday the 13th. It was some weird artistic attempt at making Jason unique and relevant and it did not work. It would have been better to just have Jason keep doing what he was doing which was killing people in fun ways instead of trying to make him some sort of demonic spirit who leaps body-to-body. 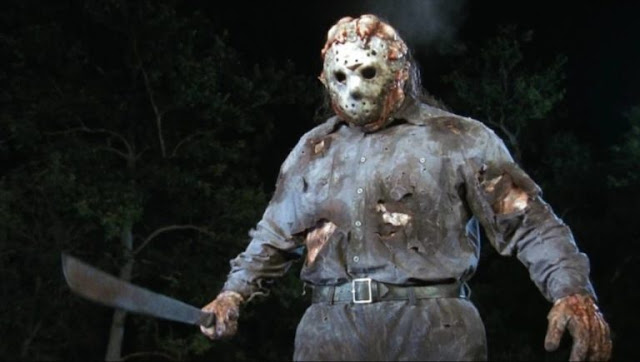 -The whole FBI hunting Jason and the FBI agent turning all martial arts was absurd. The movie starts off well, but once she hits her double backflip you know you are in for trouble.

Additional Notes:
-The Necronomicon from Evil Dead shows up in this film. Prop designer Tom Sullivan was not paid nor was his permission asked to use the book. Sam Raimi ultimately sent him an apology letter.

-This was New Line Cinema’s first Friday the 13th movie after securing the rights from Paramount. However, they did not have the rights to the name Friday the 13th, so the title had to be unique thus Jason Goes to Hell.

-Kane Hodder played Jason as well as a security guard and Freddy’s arm in this film.

Rating:
Jason Goes to Hell is a bad movie only made worse by labeling it a Jason movie. It’s by far the most condemned film in the series, and rightfully so. Everything from the tone to the style of acting is out of character for the franchise and the film suffers because of it. In all honesty, it was one of the most difficult movies to actually sit through because of what it is.