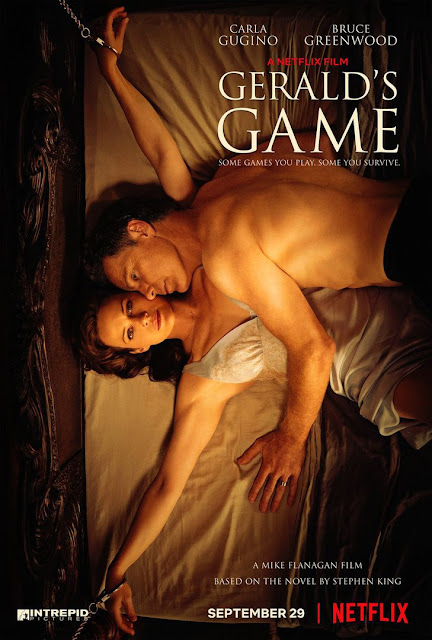 My History With the Film:
Gerald’s Game was announced by Netflix late summer of 2017. It came out on Netflix a few weeks after IT premiered in theaters and had Stephen King fans excited for yet another rendition of his work. I was familiar with the title, but had never read the book. The trailer Netflix released was fantastic and with both Carla Gugino and Bruce Greenwood starring I knew I had to see it. Then when I saw that Mike Flangan (Hush, Oculus) was directing it quickly became a must see as soon as possible.

I watched it with my wife who asked me to turn it off half way through. She just couldn’t take it anymore and the film almost put her in tears. I finished it up the next day and wow, what an incredible film.

What The Film Is About (Non-Spoiler):
A couple heads out to a vacation home in hopes of spicing up their love life. After an accident occurs, the wife finds herself handcuffed to the bed with no hope of being rescued.

What I Liked About It:
-The better question is what didn’t I like about it? The casting was spot on fantastic and pretty much consisted of just Bruce Greenwood (Star Trek) and Carla Gugino (Sin City). The acting was amazing. Gerald's Game is basically a play, its set in one location with just two actors carrying the entire load of dialog and these two put on a clinic. If this wasn’t a horror movie, they’d both be in the running for some sort of award next year.

-The way the story works itself out and the whole survival angle is incredible. Mike Flangan worked with his usual writing partner Jeff Howard in crafting a story that many have called unfilmable. They did a fantastic job.

-Gerald’s Game taps into the horror that actually frightens me. It’s plausible and the horror arguably mostly comes from within. 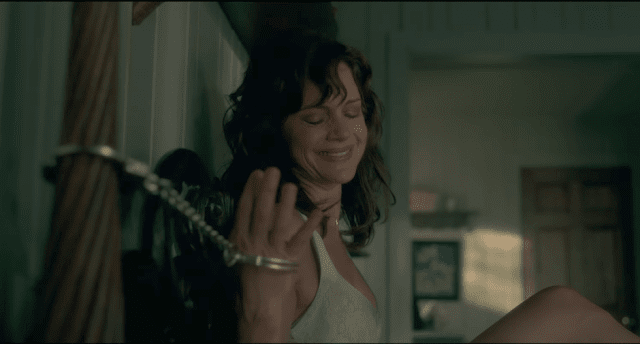 -There is a scene that will test your limits when it comes to handling horrible imagery. It’s the first time in years I’ve cringed and had to look away, only to find myself fighting only to look back at what was going on the scene.

Additional Notes:
-The film is peppered with small references to Stephen King works like calling the wild dog Cujo. It also makes a great reference to the 90's film Dolores Claiborne. 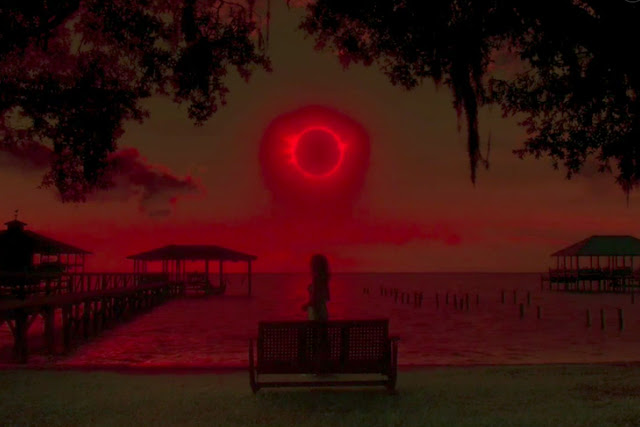 -Mike Flangan stuck in the mirror from Oculus in the film. The headboard on the bed is made of the frame from the mirror in Oculus.

Rating:
Gerald’s Game is not only a fantastic horror film, but a fantastic film in general. It tells a great story and is beautifully directed and well-acted. I cannot say enough great things about Gerald’s Game and feel that all horror fans owe it to themselves to see this film.

I enjoyed Gerald’s Game about as much as I enjoyed IT. 2017 is definitely a great year for Stephen King adaptations (for the most part).