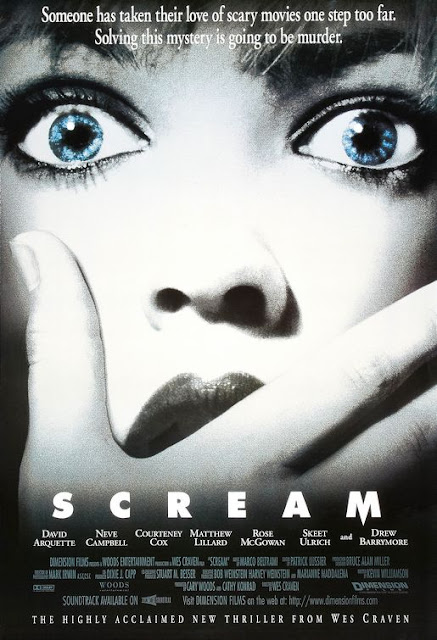 My History With the Film:
In 1997, my grandmother let me and my brother sign up for a Columbia Music VHS deal. For those who aren’t familiar, back in the 90’s several companies like Columbia House would run deals where you could get twelve CDs for a dollar or six VHS tapes for a dollar, as long as you agreed to buy several tapes at full price over the next several years. It was obviously a waste of money, but for whatever reason my grandma decided to let us pick out some movies and I picked out all three Godfather movies and Scream.

I’d heard a lot about Scream on my internet horror hangouts. Some of the older fans were very upset with the film and hated it, so I approach it with a chip on my shoulder and the anticipation that it would suck. Of course, after the first couple of minutes, you realize that this film does not suck and instead I witnessed an amazing movie that was fresh and exciting.

I watched Scream a handful of times between 1997-2001 and then I didn’t watch it again till around 2014. I was shocked by how well the film held up and how effective it still was.

What The Film Is About (Non-Spoiler):
A high school girl is terrorized a year after her mother’s murder by a killer who plays a sick game.

What I Liked About It:
-The opening sequence is arguably the best opening sequence of any horror movie, and arguably any movie period. It’s a full one act play that is brilliant and sets a wonderful tone for the rest of the feature.

-Meta before everything was meta. The film was self aware and had no problem poking fun at the genre and itself. It was wonderfully refreshing and well done.

-Quick talking geeks ruled the screen. Everyone seemed to be well versed in horror and had no problem making references to it throughout the film. It felt inspired by Kevin Smith’s dialogue which was a good thing.

-The mask! The Ghostface mask is iconic and for good reason. It fit in the film perfectly.

-Jamie Kennedy and Matthew Lillard, two actors that people like to make fun of, put on the best performances of their careers and became likeable and enjoyable. In fact, they are arguably the two best characters of the film.

-The movie gave the killers motive and became a “who done it” which more slashers need. This wasn’t the case of someone trespassing in the wrong area, this was based in reality.

-Video stores, Jiffy Pop, and cordless phones make the film feel dated, but in a good way. It’s still an incredibly effective film, but it also serves as a nice slice of nostalgia.

-The music, man do I love the music. It’s not something I’d listen to outside of the film, but it fits the movie well.

-Woodsboro is a great setting and in my eyes stands with Haddonfield as the great horror movie towns.

What I Didn’t Like About It:
-I’ve never been able to tell whether I really enjoy Neve Campbell’s performance or not. She’s good for the most part, but sometimes she comes off so whiny I wish Rose McGowan would have been cast in her role. Not that she would have set the world on fire with a tremendous performance.

- The Wes Craven as Freddy Kruger janitor bit was a little too much.

-The use of caller ID increased threefold after Scream was released.

-Drew Barrymore was originally cast as Sidney but asked to play Casey. At the time, Drew Barrymore was the most popular actor/actress of the cast. By portraying Casey, she set a tone at the beginning of the film that anything is possible.

-The film is peppered with references to all sorts of horror films and franchises such as Halloween, Prom Night, Friday the 13th, Nightmare on Elm Street (which the director of Scream, Wes Craven, also directed), and I Spit On Your Grave.

Rating:
I didn’t give Scream the respect that it deserved when it was released in the 90’s, but as I’ve grown older it has become one of my favorite horror films. The atmosphere and music channel me right back in the mid-90’s, and I’ll admit this time warp plays a huge part in what it is that I love about this film so much.

The Ghostface costume is iconic, the quick wit dialogue is fun to listen to, and I wish I lived in a world where everyone so versed in pop culture and horror films. Scream is a must watch for any horror fan and I think is a great gateway into the genre.


I give this film a four and a half out of five. It’s a definite buy and a film I watch yearly now. 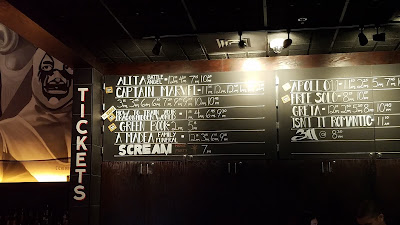 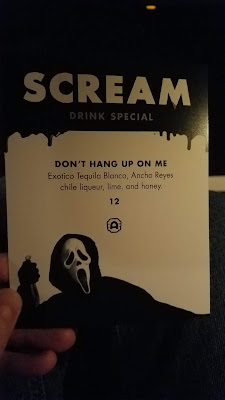 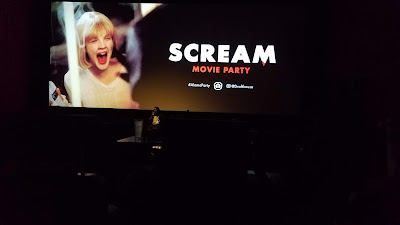