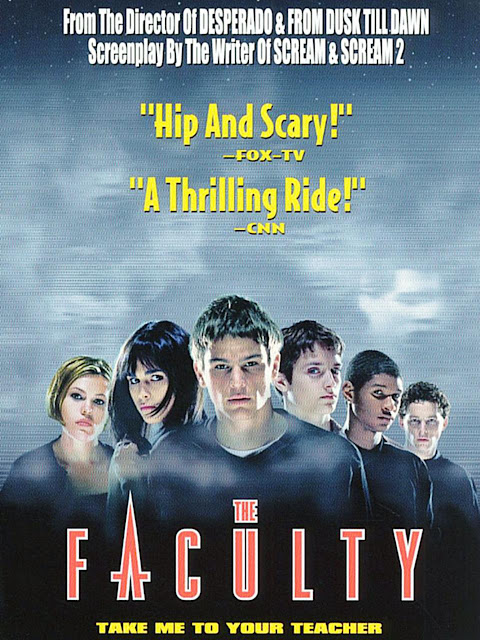 My History With the Film:
I don’t recall the first time I saw The Faculty, but I remember being blown away by it. I wasn’t expecting much, and I’m not really a fan of body snatcher type movies, but The Faculty just hits all the right notes for me. It has a great cast, a fantastic pace, and wonderful tension. It’s one of the films that I have a blast revisiting every now and again and I’m glad it slowly seems to getting its due from the horror community.

What The Film Is About (Non-Spoiler):
A group of misfit high school kids become intangible in a conspiracy with their teachers who may or may not be monsters.

What I Liked About It:
- The cast is amazing. Josh Hartnett (Halloween H20), Jordana Brewster (Fast and the Furious), Laura Harris (Dead Like Me), Clea Duvall (Girl Interrupted), Elijah Woods (Lord of the Rings), and Shawn Hatosy (Animal Kingdom) make up the main students of the film. Famke Janssen (X-Men), Robert Patrick (Terminator 2), Salma Hayek (Desperado), and Jon Stewart (The Daily Show) make up some of the faculty. Usher also makes his film debut. 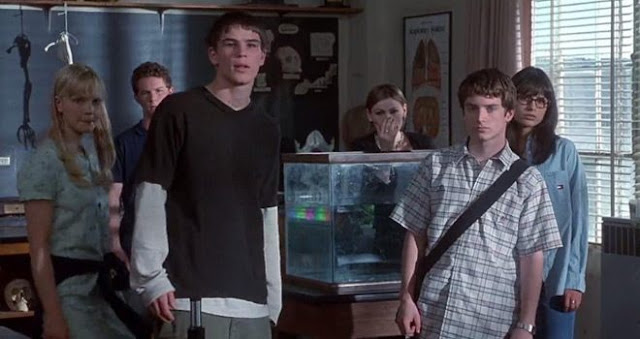 -The soundtrack is fantastic and is arguably the best soundtrack of any 90’s teen horror films.

-The combination of cliché high schoolers really makes this feel like a horror version of The Breakfast Club which is a great thing. 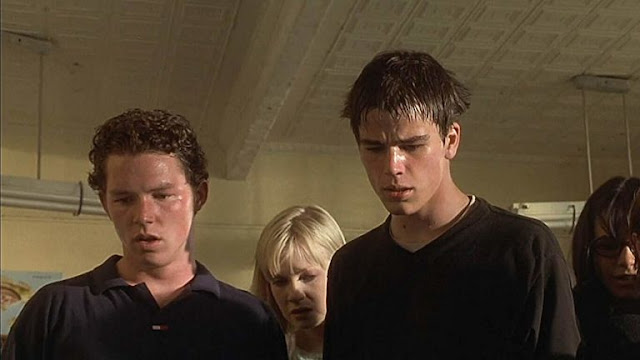 -I also love that it was filmed in Texas. It has that Varsity Blues feel, but with horror.

-The CG is actually quite effective in most of the movie and it holds up twenty years later.

-The feeling of isolation is brilliant in this film.

-The reveal of the host, along with the way the kids combat The Faculty is fun, believable, and enjoyable.

What I Didn’t Like About It:
-CG in the 90’s was great if it was done at a distance and this film is a prime example of it. When they chose to do something up close or make something move (like a head) things go from intense to flat out comical.

Additional Notes:
-The script was originally written in 1990, but no one was interested in making the film. After Scream’s success, The Weinstein’s brought in Kevin Williamson (writer of Scream) to re-write the script and rushed it into development. 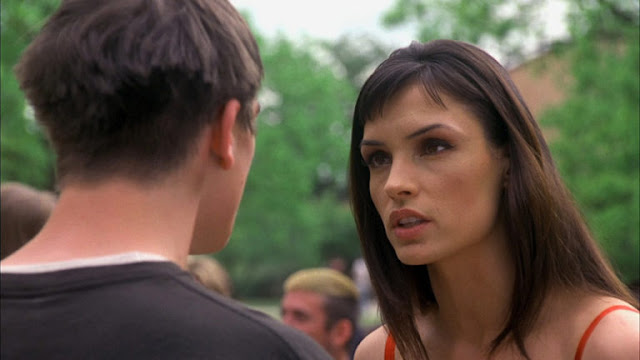 -Tommy Hilfiger’s product placement included a deal in which the cast would appear in Tommy ads in both print (Pic 1, Pic 2) and on television.

-The cast was featured in the Class of 99’s cover of “Another Brick in the Wall, Part 2” music video.

-Cast members with roles in other notable horror films:
Rating:
My rewatch of The Faculty was just enjoyable as the other dozen times I’ve seen it. The film is so well made it has stood the test of time and is a lot of fun to watch. It might be a controversial statement, but I believe it is Robert Rodriguez’s best work. He always seems to do best when directing someone else’s writing.

The Faculty is a solid four out of five for me. It’s a great movie that never gets old and still holds up twenty years later. It’s a must own in my book.