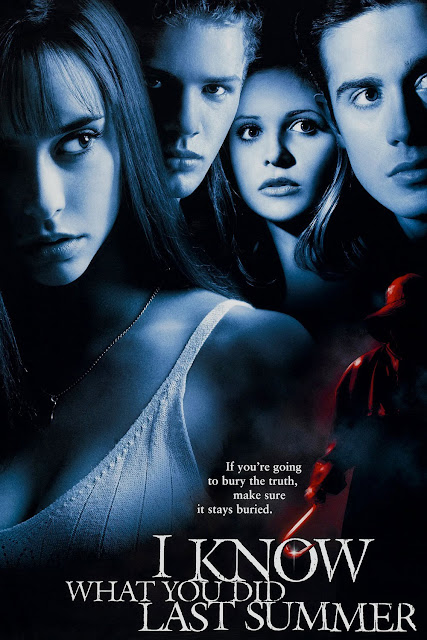 My History With the Film:
Scream set the box office on fire in 1996 and its success launched a resurgence of the slasher film. One of the first films to cash in on Scream’s success was I Know What You Did Last Summer. The marketing for the film was huge and I got caught up in it like all other teenagers. I rented the movie the weekend it first came out on VHS and watched it with my parents, who were fans of Party of Five. Since the star of the film was Jennifer Love Hewitt, they took a surprising interest in a horror film, something that rarely happened in my house.

I remembering thinking the movie was good, but nowhere near Scream good. It felt like a PG-13 Scream, although the film was rated R. I always group I Know What You Did Last Summer in with Scream, but in all honesty, it a much inferior film. My most recent watch only confirmed that.

What The Film Is About (Non-Spoiler):
A group of teenagers accidently run over a man in the middle road. The next summer they are stalked and hunted down one-by-one.

What I Liked About It:
- The cast is a lot of fun to look back on. Jennifer Love Hewitt (Party of Five), Freddie Prinze Jr (She’s All That), Sarah Michelle Gellar (Buffy The Vampire Slayer), Ryan Phillipe (Cruel Intentions), Anne Heche (Volcano), Johnny Galecki (Roseanne), and Bridgette Wilson (Billy Madison). 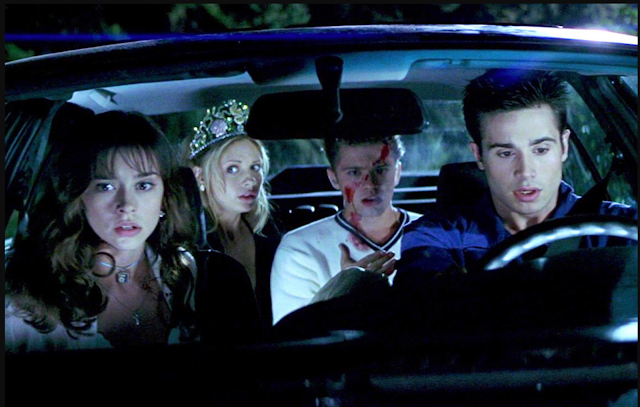 -The story is simple and the twist is decent. I’m not a huge fan of who the killer ends up being, but it does work within the context of the story.

-I’m a huge fan of world building, and when a movie establishes a realistic small town I love it. I Know What You Did Last Summer created a believable east coast small town without involving a dozen generic townsfolk. 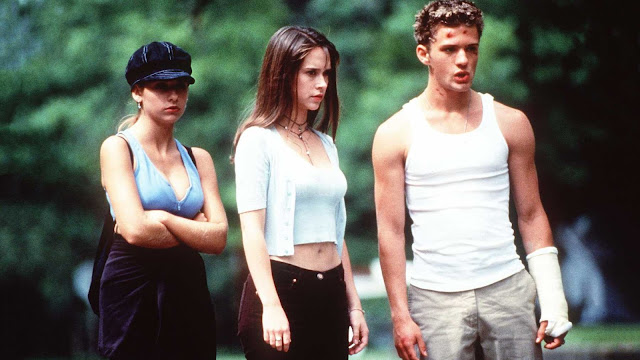 -The car scene with Ryan Phillipe after he leaves the gym. 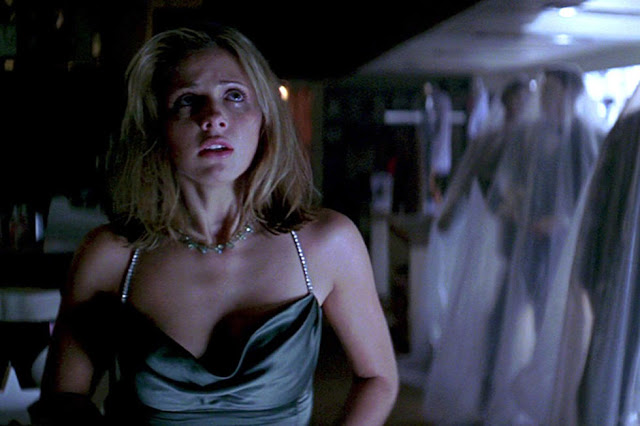 -The film being set around The Fourth of July is great. It used the holiday as a backdrop but doesn’t exploit it for the plot.

What I Didn’t Like About It:
-Kevin Williamson wrote a very competent screenplay, but the film is obviously no Scream and that is a letdown. If there is any real complaint to have with I Know What You Did Last Summer is that it didn’t try hard enough to not be a generic slasher.

-The killer is a bit of a stretch.

-The acting can be a little cringe worthy at times, but this is a horror movie so I let it slide.

Additional Notes:
- The script was written by Kevin Williamson (writer of Scream). He was unable to sell the script until Scream became a success.

-Author of the novel, Lois Duncan, has openly said she detests the film, especially since it was turned into a slasher film.

-The film was shot in North Carolina.

-Cast members with roles in other notable horror films:

Rating:
I Know What You Did Last Summer stills holds up as a competent slasher film. There is nothing unique or creative to the story, but it does work. I think it is a must watch when it comes to 90’s teen horror, just because of the cultural impact it had. It was the first real post-Scream slasher and because of that it became a cultural horror icon in the 90’s.

I give I Know What You Did Last Summer a three and a half out of five and say it’s worth a rental.