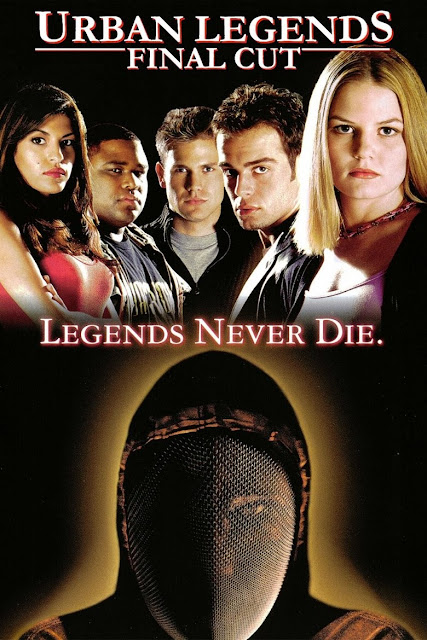 My History With the Film:
I’m not sure exactly when I saw Urban Legends – Final Cut for the first time, but I’m pretty sure it was on VHS or DVD shortly after it came out. I’m a big fan of the original Urban Legend and the sequel was on my radar as soon as I heard about it. I remember enjoying it  and thinking it was almost as good as the first.

On my most recent re-watch in March 2018, I realized that I remember this film wrong. It's not very good.

What The Film Is About (Non-Spoiler):
A student is shooting a thesis film on urban legends when her crew begins dying.

What I Liked About It:
-The cast is not bad. No one is very memorable, but they all perform their job well. I was shocked while checking IMDB that both Anson Mount (Hell on Wheels) and Joey Lawrence (Blossom) are in this film. I watched a lot of Blossom and Brotherly Love, but I didn't recognize Joey Lawrence until I saw his name and was looking for him. He was going by Joseph Lawrence and I'm assuming he was attempting to ditch his teen idol image. 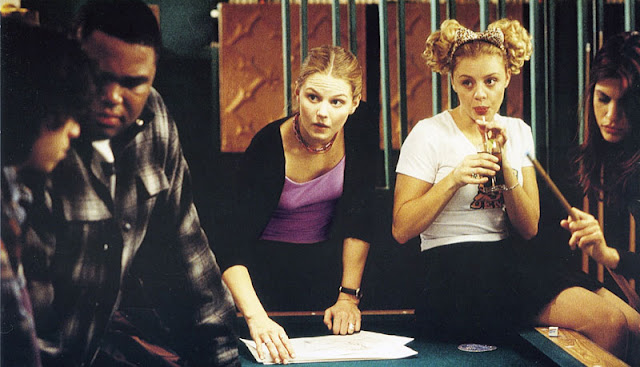 -While no kills really stand out, I feel like the film really tried to give the audience what they wanted. The chase scenes are adequate in length. 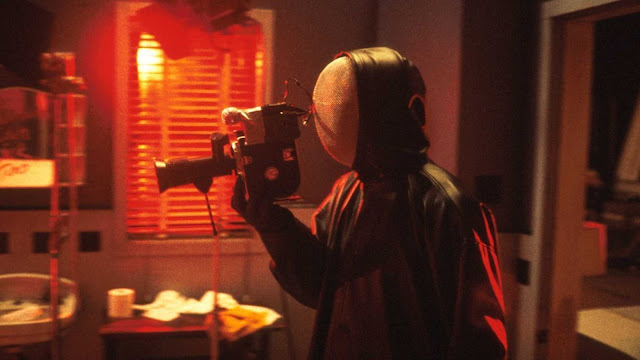 -It was old by this point, but Urban Legends does channel some of the meta storytelling that Scream started, especially when using the two special effects students. It was a tired cliché by this point in horror history, but I still liked it.

-It was nice seeing Fruitopia in a scene. I'm actually thankful for product placement for once.

-I appreciated the neat cameo during the credits sequence.

What I Didn't Like About It:
-The single biggest thing is how stupidly unbelievable the characters are at a times. For example: in one scene our main character Amy (Jennifer Morrison) is attacked and narrowly escapes death. The next morning, she's out for a leisurely jog with her ear buds in jogging around the same campus she was just attacked on. I have a hard time buying that anyone would want to go outside, let alone near where they were almost killed, while cutting off one of their senses, for no particular reason other than exercise.

-Another dumb unbelievable part of the storyline involves the mysterious appearance of Travis' twin brother, whom our main character starts to fall in love and begins to trust completely almost immediately. I believe they were trying to mislead the audience by allowing us to think he might be the killer, but I was too distracted by how stupid Amy was being by trusting a guy she just met. Especially when she invites him over to watch her sleep.

-I liked Reese (Loretta Devine), the campus police officer, in the first movie, but she had too big of a part in this film. To be honest, she was useless in this film, and they just stuck her in this film to tie it to the first. I would have been fine with a cameo, but they decided to make her a part of the story and it just doesn't work. She isn't productive, doubts a killer is actually on campus (despite going through this a year or so before), and really offers nothing to the story. They wasted her character. 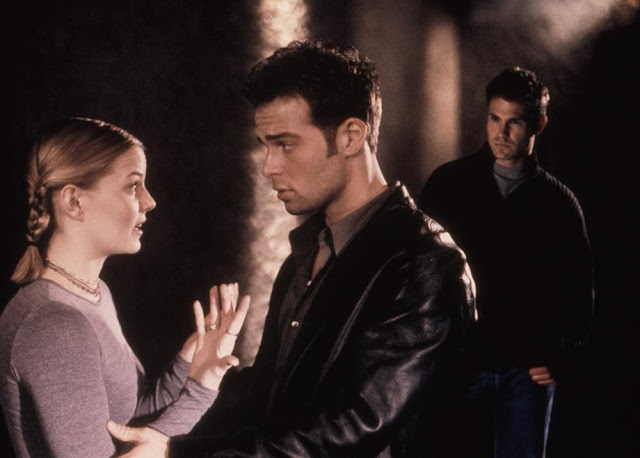 -Then there is the story, the story is not very good. It starts off simple enough: a promising, young film student decides to make a horror movie for her thesis film and her crew starts getting killed off. But then you start weaving in the mysterious appearance of a twin brother, the motive of wanting to win an Alfred Hitchcock Award, the new foreign DP, a hidden past of our main character and the man who wants to blackmail her, and suddenly this film goes from fun horror flick to Lifetime movie. It feels rushed and none of the characters are properly fleshed out. I don't believe the actors are to blame, it just feels like bad writing.

Additional Notes:
-The music that plays during the credits is the theme from Alfred Hitchock Presents.

-Reached number one at the box office despite only having an eight million dollar weekend.

-The snowstorm in the film was unexpected.

-The kidney in the bathtub scene was an actual goat’s kidney.

Rating:
Urban Legends: Final Cut is a pretty terrible movie. The story is very weak, the killers reveal is even weaker, and the film feels like it needed two or three more re-writes on the script before going into production. As much as I love slasher films from this era, I would recommend skipping this film and just sticking to the first Urban Legend. I'd rate it a two out of ten.
By Brandon at March 29, 2018
Labels: 2000s, Slashers