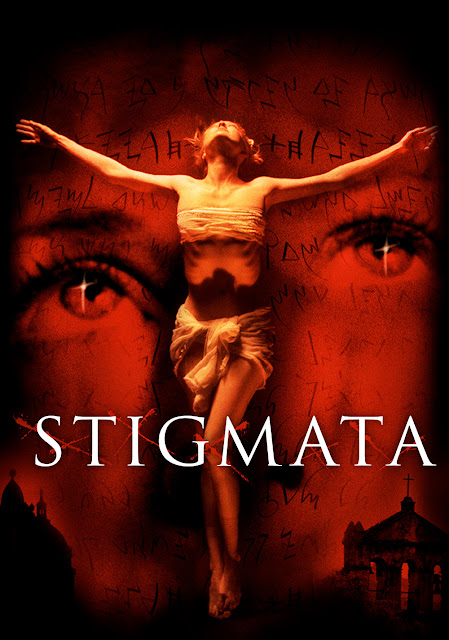 My History With the Film:
In the summer of 1999, I was in the process of moving from Dallas, Texas to Memphis, Tennessee. While my father looked for houses, I stayed at my grandmother’s house in the mountains of North Carolina. Naturally, I brought my computer with me. It was the first time most of my family had ever seen a home computer up close and I spent that entire summer playing Need for Speed and surfing the internet in all its incredible slowness.

That was the first time I remember movie trailers being made available for download. There was no streaming, so these files were uploaded in QuickTime. I remember leaving my computer on all night long and then not using it most of the day, just to download a three minute SD movie trailer. I downloaded three trailers that summer: End of Days, American Pie, and Stigmata.

Everyone was amazed that you could watch something like a movie trailer on a computer, and I watched those three trailers dozens of times. I also went to see all three movies in theater when they came out.

Being a huge horror fan, Stigmata appealed to me. It was flashy, dark, and looked like an updated version of The Exorcist (at least from the trailer). I give credit to my father (who hates horror movies) but he actually went with me to see Stigmata. I remember enjoying it, especially since I had a soft spot for dark religious movies like The Seventh Sign.

What The Film Is About (Non-Spoiler):
A priest who doubles as a scientist attempts to discover why an atheist has been stricken with stigmata.

What I Liked About It:
-The cinematography and editing reeks of the 90’s. It’s fast, flashy, and features more than one scene at a nightclub. In the late 90’s, this was getting old, but now in 2018, it was almost refreshing to see again. 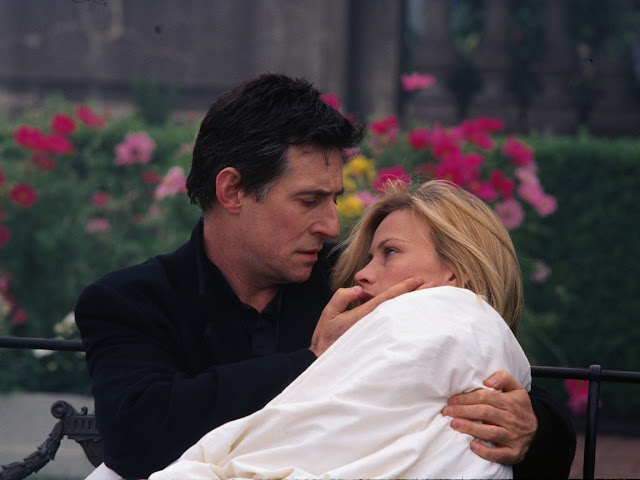 -Gabriel Byrne is amazing (then again, when isn’t he). I thought Patricia Arquette did a satisfactory job in her role as the stigmata victim, but it’s Bryrne that steals the show.

-::SPOILER:: I forgot that this movie tied into the Gnostic Gospels and I found the ending to be riveting in that way. It was also nice that the movie ended with some true life facts about the quotes and the Gospel of Thomas. It alleviated my appreciation of this movie tenfold, and got me interested in researching the Gnostic Gospels again. ::END SPOILER:: 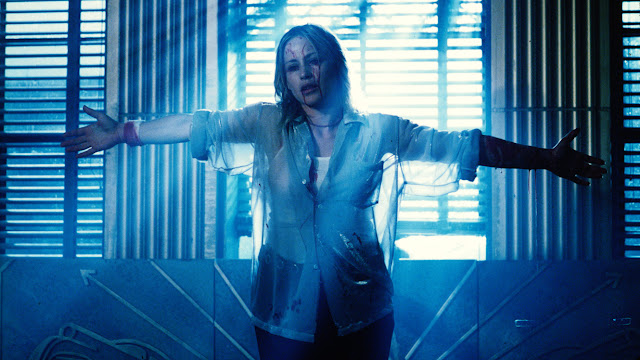 -The visual effects hold up well in this film. There was little to no CGI used, and thus no clunky looking effects. The movie used some great sound effects, some cool contact lenses, and some clever editing to get across a few scenes of pure torture.

-The most effective scene actually comes a strange point in the film. Father Kiernan (Gabriel Byrne) and Frankie Page (Patricia Arquette) are having a very friendly lunch, when she has wounds on her feet develop. It’s so sudden and out of the blue, it really works. It felt natural.

What I Didn't Like About It:
-This film walks that strange line between thriller and horror. I guess if I had to sub categorize it I would call it a spiritual thriller. There are some legitimately creepy scenes (especially if you are a Christian), but I’d struggle to say it’s a scary movie. 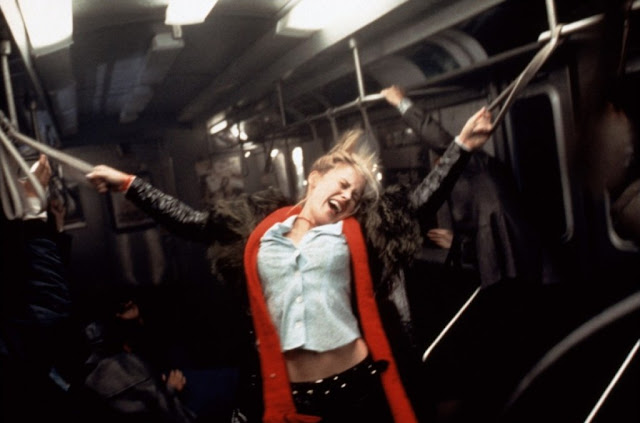 -The film uses several scenes at a hair salon where Frankie works. It’s very 90’s cliché and really slows the film down. With that being said, it does help establish the world that she lives in and I can see why it was added.

-I’m not sure if I buy the whole woman was possessed by a bitter priest deal. It works well within the confines of the story, but it’s definitely a little out there.

Additional Notes:
-Some of the footage of the subway car was actually taken from the movie Money Train. If you look closely, you can see a steel beam sticking out of the front window.

-According to Fangoria 184, there is no CGI in the movie whatsoever. All visual effects were done by Tim McGovern and they used blue screen.

-The Gospel of Thomas is a real document from the Gnostic denomination. However, it was written in Coptic (an Egyptian language based on the Greek alphabet) not Aramaic, as the movie states.

-The “Aramaic” Frankie writes is not actually Aramaic. The director felt like ancient Hebrew looked more interesting and used that instead.

-The subway was shot on a fake train carriageway that was sometimes used on Seinfeld.

-Director Rupert Wainwright began his career doing rap videos like Straight Outta Compton and U Can’t Touch This, but is best known for his directing of The Fog remake.

-Patricia Arquette’s only other horror movie role along with Nightmare on Elm Street 3: Dream Warriors.

Rating:
Stigmata is not a movie you’ll hear a lot of people talking about. It was a critical disaster and despite its blockbuster success, it didn’t leave much of a legacy. It’s not scary enough to be a good horror flick, and it’s not deep enough to be a good thriller, so it exists somewhere in-between. I enjoyed revisiting Stigmata, but I’m sure my nostalgia had a big influence on that. With that being said, I doubt I’ll ever watch it again.

I can recommend Stigmata to people who enjoy religious movies with a supernatural twist, otherwise I say skip it. It’s a two and a half out of five for me, and at best a rental.
By Brandon at April 17, 2018
Labels: 1990s