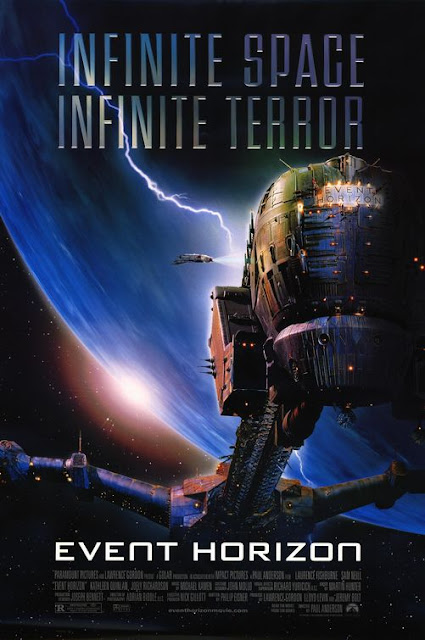 My History With the Film:
I saw Event Horizon for the first time when it began airing on HBO back in the late 90’s. I was up late and decided to watch it once I noticed that it looked sort of like Alien. Two hours later, I was horrified at what I just watched. It was a ghost story set in space and a damn good ghost story at that.

Since then I’ve watched Event Horizon once every four or five years, and it hasn’t gotten old yet. My most recent viewing in March 2018, was just as terrifying as the first.

What the Film Is About (Non-Spoiler):
A scientist and a team of astronauts are sent on a mission to answer the distress call of a space ship that has been missing for seven years.

What I Liked About It:
-I love a good ghost story and I love movies that place in space. This is a perfect mixture of both. It truly is expert horror/science fiction. 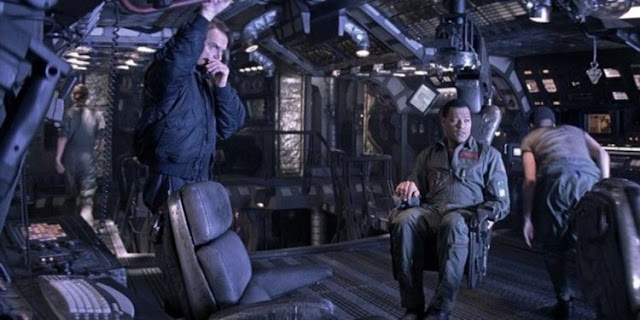 -Sam Neill goes all out in his descent into madness and every time I watch this film I’m still surprised by how far he takes the character. 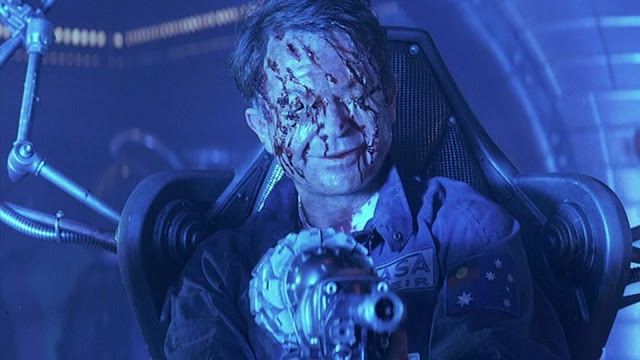 -The sound design is amazing and truly enhances and already creepy atmosphere.

-Speaking of atmosphere, the one thing that makes a ghost story great is the feeling of hopeless and isolation. As each year passes, we become more connected and that feeling of isolation diminishes. But by setting this story in the far reaches of space, it truly makes you feel like there is no chance in help ever arriving. I don’t know if there is another movie that makes you feel so isolated like Event Horizon does.

-The special effects hold up well for the most part.

What I Didn't Like About It:
-Nothing... I'm not saying this film is perfect, but there is no major issues that I have with it.

Additional Notes
-The original cut was more violent and ran 130 minutes. The studio forced Paul W.S. Anderson to cut the film down by thirty minutes and tone down the violence. There have many mixed reports about whether or not a version of this cut still exists, but from what I can gather all the footage that they have managed to track down has been improperly archived or too badly damaged to use for a proper re-release.

-The space suits the actors wore weighed sixty-five pounds and made it tiring to wear while standing up and impossible to sit down. Special hanging poles were made to allow the actors to rest between takes.

-The gateway's interlocking design was an homage to Hellraiser's puzzle box.

-There is a complete X-Wing on the antenna array of the Event Horizon.

-The shot of the space station orbiting above Earth took up one-third of the visual effects budget.

Rating:
I love Event Horizon and that is a surprise because I'm not really a fan of any of Paul W.S. Anderson's other work. The movie hits all the right cues and has the right tone to make me feel uneasy even after watching it several times over the past twenty years.

I rate Event Horizon a four out of five and say it's a must watch.

In 2011, Scream 4 was released in theaters and all sorts of Scream merchandise was released to promote the film. The Scream trilogy was finally released on blu-ray, two new retrospectives were made, and all sorts of new Ghostface masks and Halloween costumes featuring the Scream 4 branding were sold everywhere from Dollar General to Party City. Also released (and sadly forgotten) was Scre4m, a Android/iOS video game.

The game was released on June 6th, 2011, a couple months after the Scream 4 movie was released. Scre4m was developed by The Weinstein Company (TWC) Games, Beefy Media and Codeglue using the Unity engine.

The game was pretty simple. You played as Ghostface and you attempted to kill off teenagers without being spotted. If you were spotted, the police get called, and you get arrested. The game was played by swiping your finger across the screen and guiding Ghostface to the kill.

Scre4m featured three levels: high school, frat party, and gym and seemed to channel the spirit of the movies well. I remember playing it on iOS and enjoying it quite a bit. It wasn't a perfect game, but it was a fun way to spend a few minutes doing something horror related on your phone.

Scre4m unfortunately is no longer available on the App Store or Google Play, but I did managed to snag a clean .apk online. There is a complete walkthrough of the game on YouTube that I've posted below the following pictures. 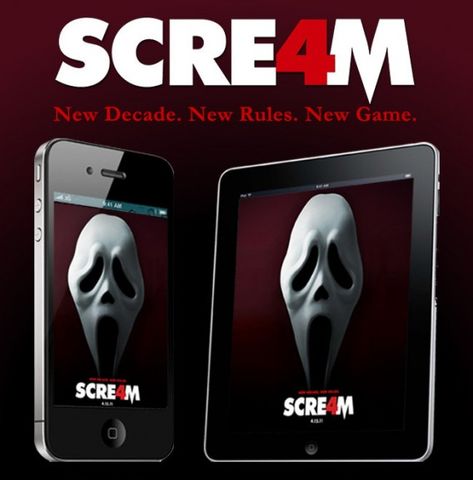 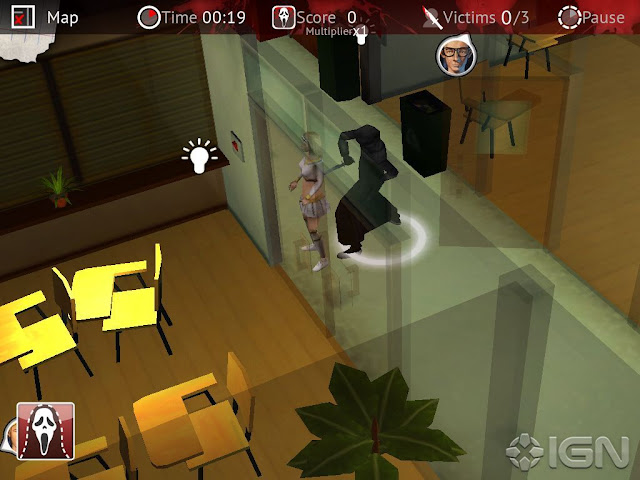 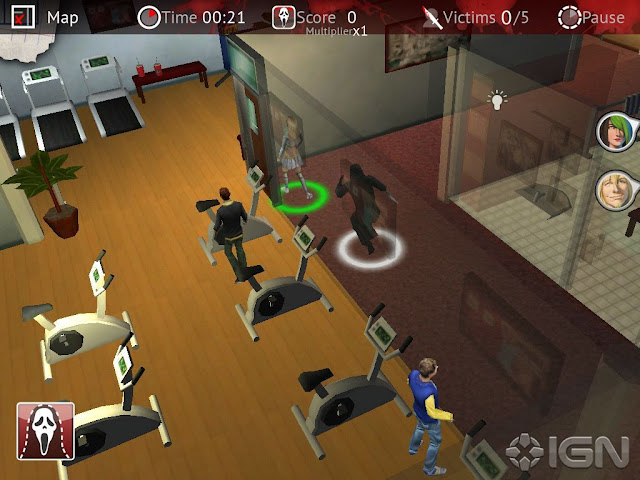 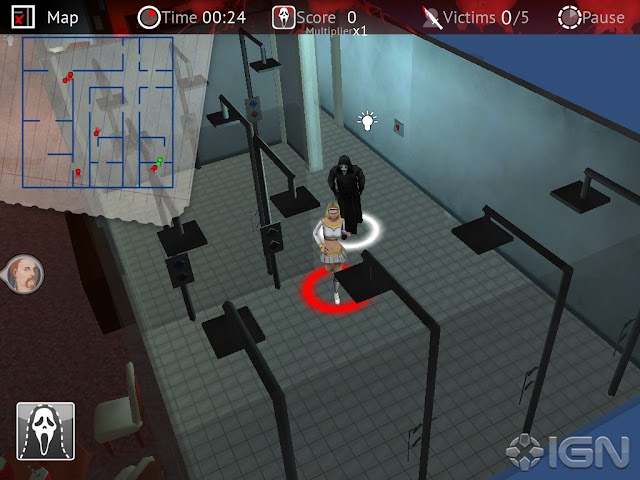 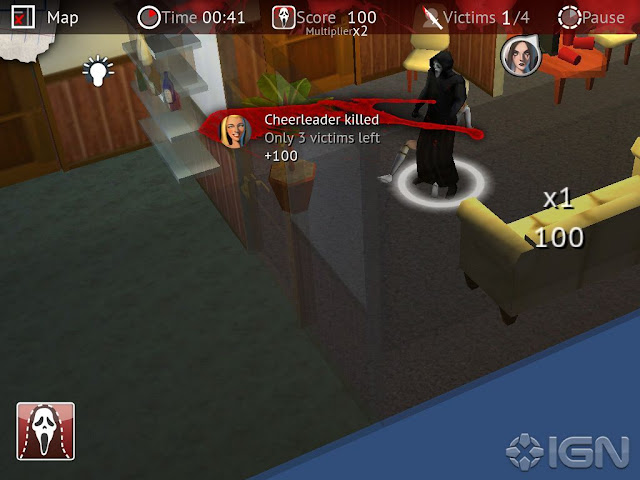 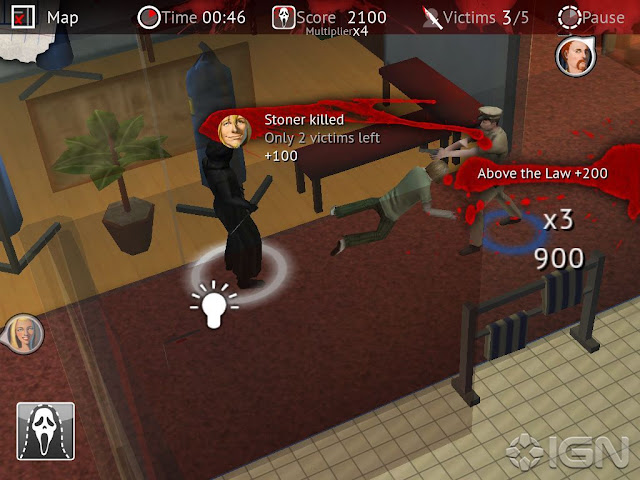 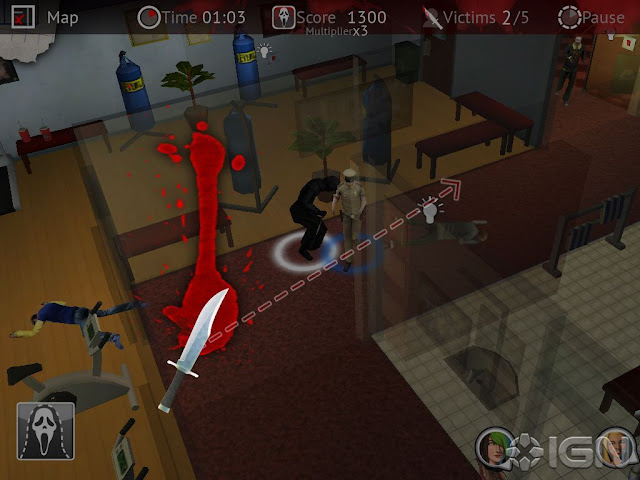 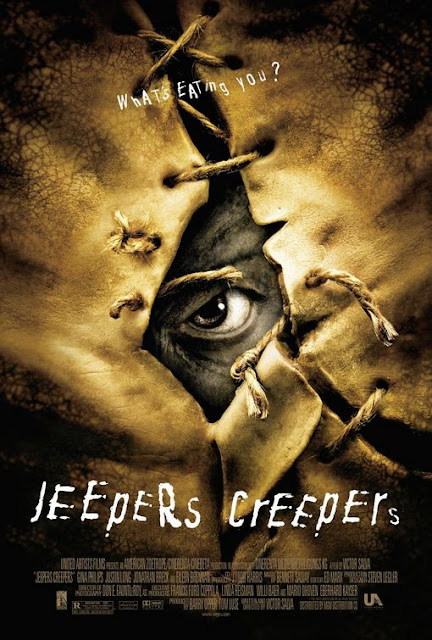 My History With the Film:
I remember Jeeper Creepers coming out in 2001, but it just never appealed to me. From the trailers that I saw it looked like it was full of CGI and that didn't interest me any. I remember it renting well at Blockbuster, but I that still didn't change my mind about watching it. It wasn't until 2018 that I finally sat down and watched the first film and I was both surprised and disappointed with what I saw.

What The Film Is About (Non-Spoiler):
A brother and sister duo encounter a people eating demon while traveling through a rural town.

What I Liked About It:
-The first twenty minutes of this film are flat out amazing. There is a believability factor in dealing with two siblings on this long trip home that is very relatable. The out of control truck and the dumping of the bodies create a nightmare situation that seems like it could happen to anyone. In fact, someone has linked together how these opening scenes re-create an episode of Unsolved Mysteries that actually happened. 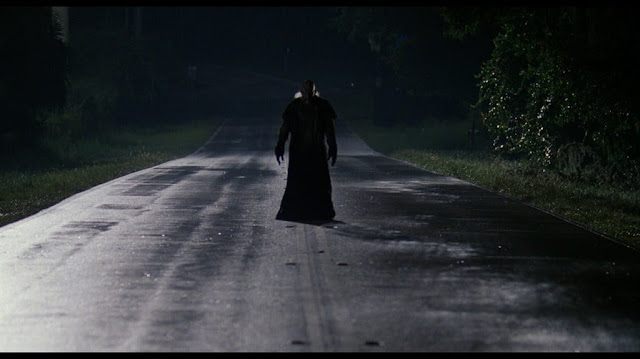 -The design of The Creeper is something to truly admire. It's half man/half demon and I absolutely love the way it looks. I was not as impressed with how it moved. 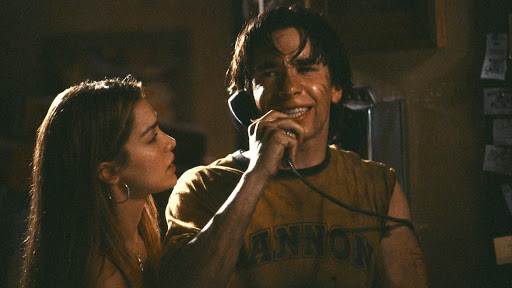 -I loved the two leads and I thought Justin Long and Gina Phillips did an incredible job convincing us they were boyfriend and girlfriend. Also, kudos to the writers for not going with the easy romantic pairing and instead allowing us to experience a different type of relationship in a horror movie.

-The car was an excellent character in this film and felt unique. It was a classic, but run down, and even with a sock holding the trunk closed it still felt special.

What I Didn't Like About It:
-After that first fifteen or twenty minutes, our main characters start making such stupid decisions that it's hard to ignore. My suspension of disbelief is just not that strong. For example: ::SPOILERS:: going back to the location where you think bodies are being dumped and then hanging out and leaving your car in full view of where the psycho you just saw dumping bodies can easily find you.

-I thought the church setting was incredible and was sad to see us move on so quickly. The small town vibe worked well at the diner, but then the setting continued to change every fifteen minutes and what I loved about the beginning of the movie was replaced with less inspiring set design.

-I think between the set changes and the reincarnation of The Creeper, I felt this movie lost it's steam by the second half. It was a chore to get through and what started off so promising ended in disappointment.

Additional Notes:
-The Creeper had a single line of dialogue, but it was ultimately cut from the film.

-Writer/Director Victor Salva intentionally wrote the main characters as brother and sister to avoid any sexual tension and allow for them to focus on escaping The Creeper.

-Like many horror films, the actors/actresses were not allowed to see The Creeper before hand so the filmmaker could get a true response. Same thing went with the old truck from the opening scene. 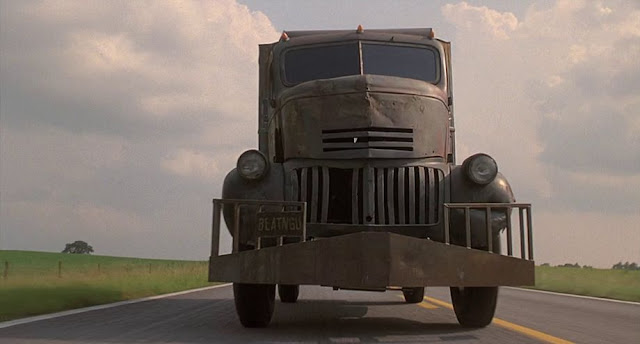 -The Creeper's truck is a 1941 Chevrolet Heavy-Duty COE (Cab Over Engine).

-The film was shot in Dunnellon, Florida. At nighttime the insects were so loud that the filmmakers had to fire a gun in order to silence the bugs long enough to get a take.

Rating:
When I first started Jeepers Creepers I thought the film was going to go into my top twenty favorite horror films. By the time it ended, I was ready for it to be over and realized that it was not nearly as impressive as I thought it would be. The movie does a great job at building some tension and has some truly shocking moments, but despite having a runtime of ninety minutes it felt twenty minutes too long.

Jeepers Creepers is a three out of five for me and one that I'd watch the beginning of and then turn it off.
By Brandon at August 01, 2018 No comments:
Labels: 2000s
Newer Posts Older Posts Home
Subscribe to: Posts (Atom)