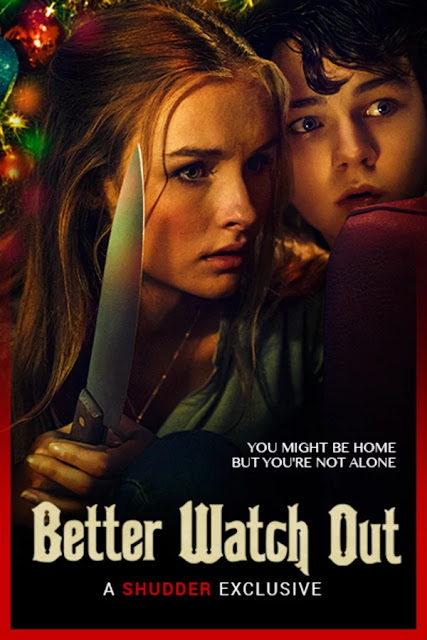 My History With the Film:
We are just a few days away from Christmas and I didn’t think I would manage to squeeze a Christmas horror film in this year. I’ll be honest, I burned myself out in October and I just haven’t been in much of a mood to watch anything dark. Heck, I haven’t even finished The Haunting of Hill House yet!

But I got home from seeing Aquaman this past Saturday night and decided to see what was on Shudder since my subscription is expiring at the end of the month. There are still a lot of movies on my watch list (I’m looking at you Summer of ’84) and I noticed Shudder had put up a Christmas section that included Better Watch Out.

Better Watch Out was released last year on DVD and was a film I really wanted to check out. I just never got around to it, and sticking with my 90’s theme, I reviewed Jack Frost instead. Let me just tell you, Better Watch Out is a million times better than Jack Frost. I'll save Jack Frost 2 for next year... maybe.

But before we begin I need to place a disclaimer. Heck, I’m even going to put it in caps to make sure anyone scrolling notices it:

Better Watch Out is the type of movie that is most effective when you know nothing about it. I mean nothing. I went in blind as a bat and I recommend you do too. Don’t watch a trailer, don’t read this review, and don’t research this film at all. Just go rent it or watch it on Shudder and then come back for my thoughts. I’m warning you, this is the type of film that can be completely ruined by knowing anything about it.

With that being said, I need to talk spoilers to properly talk about this film. I’m going to tip-toe around them some, but after the warning in the title and now this disclaimer I feel like I’ve done my part in keeping you from ruining this interesting and enjoyable movie. So read on at your own risk.

What The Film Is About (Non-Spoiler):
A young boy and his babysitter are terrorized by intruders near Christmas.

FINAL WARNING. DO NOT READ ANYTHING IF YOU HAVEN’T ALREADY SEEN THIS MOVIE!

What I Liked About It:
-I really enjoyed all of the actors/actresses in this film. I was expecting a low budget, amateurish movie but was instead shockingly surprised with how good everyone was in their roles with Levi Miller (Luke) standing out with his incredible and shocking performance. Virginia Madsen also made my night with her comment to her husband regarding his sexuality. 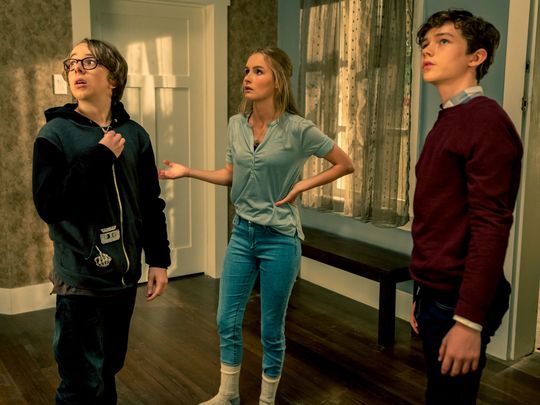 -This film doesn’t work if you know the twist. That is why I was so adamant about preventing people from reading the spoilers. All I had heard about the film was it was a horror version of Home Alone so that’s what I expected. The film also starts off like that is exactly what it is. Then the twist comes and even I said "What the fuck" out loud. I didn’t see that coming and I really appreciate how well it was set up.

-Outside of a few technical aspects, the whole set up was believable and Levi Miller’s performance sold me on this kid being so warped that he’d do something like that. 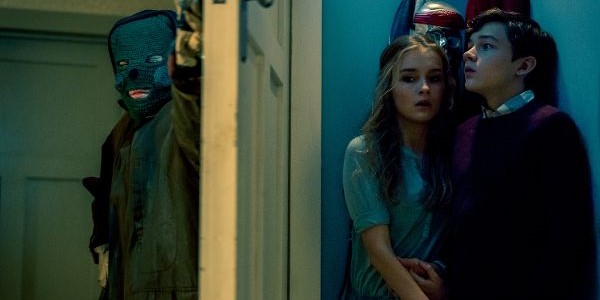 -The ending was great, especially with the reference to duct tape and the final scene.

-The movie gave me vibes to Hard Candy, where you have this innocence that is so evil that is really is unsettling and that gave the film its edge.

What I Didn't Like About It:
-With all that being said, I don’t like home invasion type movies, especially not ones where the victims stayed tied up for a while. Had I know this film was like this, I definitely would not have watched it. But I was so invested and so impressed by the twist that I stuck with it and enjoyed myself.

-My problem with home invasion movies is usually the pacing and this film has those same issues too. It’s just a rollercoaster of will they be saved or will someone stop them repeated for ninety minutes.

Rating:
I enjoyed Better Watch Out, but it’s a one-time watch for me. The twist was unexpected and it really made the movie work, but at the end of the day it’s a one trick pony and I’m not a huge fan of this horror sub-genre. With that being said, this film was way better than Jack Frost and while it wasn’t from the 90’s, it was a much better horror film to watch around Christmas time then that trash.

I’d rate Better Watch Out as a three out of five and say it’s a rental.
By Brandon at December 18, 2018 No comments:
Labels: 2010s, Christmas
Newer Posts Older Posts Home
Subscribe to: Posts (Atom)