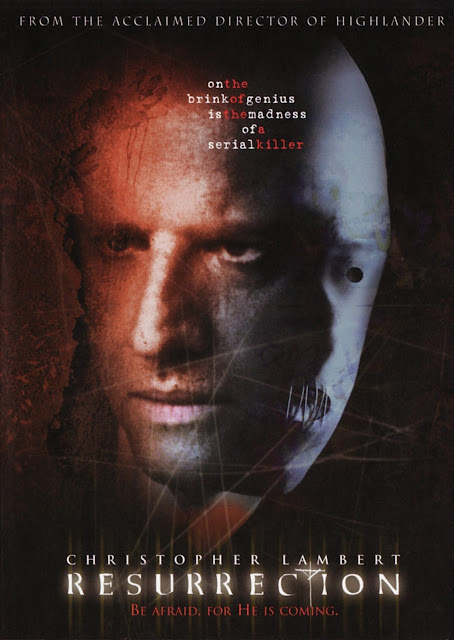 My History With the Film:
In my life, I can only remember two movies my dad ever forbid me from watching: Pulp Fiction and Resurrection. Like all rebellious boys, those movies quickly became my most anticipated movies. I managed to rent Pulp Fiction while visiting my grandmother a few weeks after he told me I couldn’t see it and once I began working at Blockbuster Resurrection was one of the first movies I rented.

The use of religion in a serial killer plot must be what made my father take issue with the film. I didn’t see it as blasphemous and really enjoyed the movie. I actually remember thinking it might have been better than Se7en, a film it was clearly mimicking in tone and style.

Resurrection was a direct-to-video release and is not currently in print or streaming anywhere other than a bootleg version on YouTube. I decided to check this film out for the first time in over a decade shortly after watching Se7en back in August 2018. I enjoyed the film for what it was, but it was nowhere near in the same league as Se7en.

What The Film Is About (Non-Spoiler):
Two Chicago detectives investigate a series of gruesome murders where the killer takes a single body part from every victim.

What I Liked About It:
-The film does a good job of capturing the tone and darkness of Se7en, but it never gets quite the feeling of hopelessness. 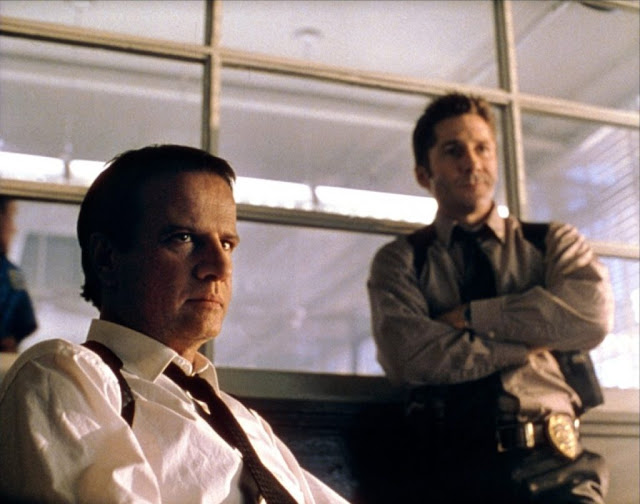 -Leland Orser (Andrew Hollingsworth) is the star of the film in my eyes and he puts on a fantastic show. He’s the most believable actor and he plays well off of Christopher Lambert. 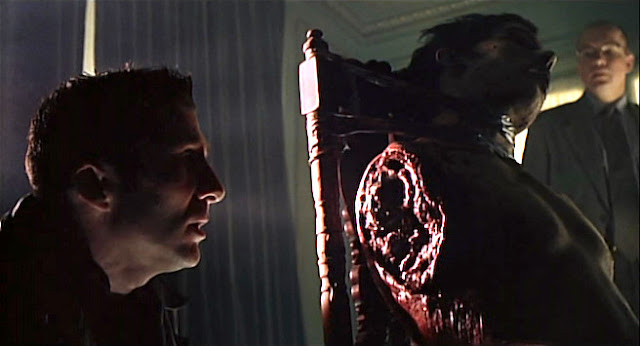 -The actual reasoning for the killings and what the killer is attempting to do is disturbing and it feels vicious, even more than the killer in Se7en. You feel like this killer is really out of his mind and that makes the film feel a little more real than it probably should.

What I Didn't Like About It:
-::SPOILERS:: Robert Joy (Demus) is a good character actor, but I never bought him as the killer. While clever at times, his character just never comes across as someone with the capacity to do the things that he does. ::END SPOILERS::

-The supporting cast leaves a lot to be desired. Most of them seemed like they showed up to read some lines real quick and go back to their real jobs.

-The film drags and is uneven in its tone. I think the subplot of John (Christopher Lambert) mourning his son was wasted and took away too much time from the actual chase of the killer.

Additional Notes:
-The film was released theatrically in most of Europe, Asia, and Australia, but went straight to video in the United States.

-Several scenes of violence and bloodletting were removed and shortened to avoid an NC-17 rating.

-Director Russell Mulcahy and star Christopher Lambert worked together on Highlander and Highlander 2.

Rating:
Resurrection feels low budget, especially when put aside something like Se7en. I believe I cut the film a lot of slack because it was straight-to-video, but if I was to judge this as theatrical release my score would be lower.

On its own, Resurrection is an above-average straight to video film. It’s reasonably well acted, well directed, and has a coherent plot. It’s memorable because it attempted to mimic Se7en, but I think in a way it put itself in a category to be compared to Se7en and that does not help the film. I’d rate Resurrection a 2.5 out of 5 and say it’s a rental if you are into serial killer flicks. Otherwise you can skip it.
By Brandon at June 10, 2019
Labels: 1990s