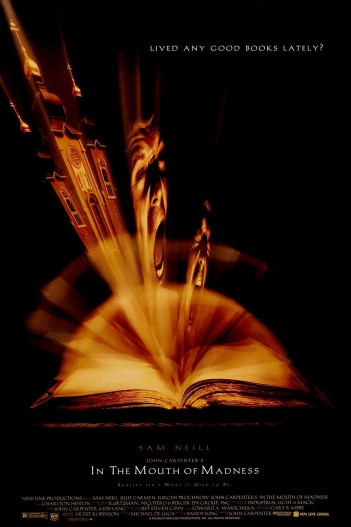 My History With the Film:
For whatever reason I always confuse The Serpent and the Rainbow and In The Mouth of Madness. I’ve seen them both a few times, but I just struggle remembering which is which. I’m hoping after my most recent viewing of In The Mouth of Madness I’ll associate, “Do you read Sutter Cane?” with the title and a little more and actually keep the films straight.

In the summer of 2017, I found In The Mouth of Madness streaming on Hulu and decided to give one of the John Carpenter movies I’ve watched the least another go.

What The Film Is About (Non-Spoiler):
A fraud investigator is sent to investigate the case of a missing horror writer Sutter Cane.

What I Liked About It:
-Sam Neill (Event Horizon) is amazing in everything he does and this film is no exception. He’s sympathetic and relatable which helps connect the viewer to the insanity that is going on around him. 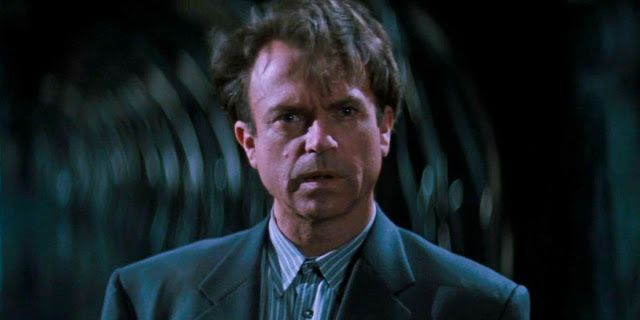 -There are some genuinely scary moments (the bicycle comes to mind).

-The ending is great. It might be a little Twilight Zoneish but I love that about it. It’s hard to believe this movie was funded by a major studio since the viewer’s perception is twisted and contorted the last twenty minutes until you feel intense frustration and even fear. 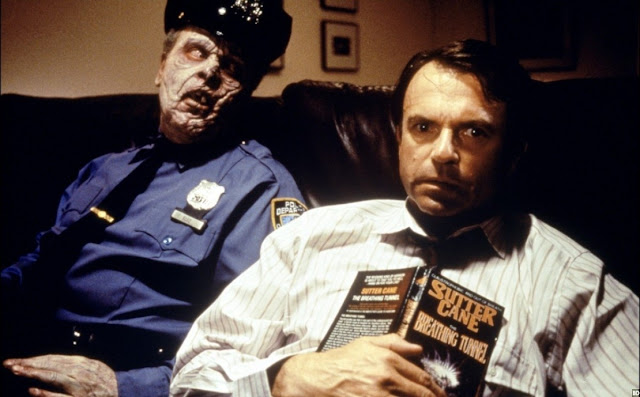 -The soundtrack is great, but then again, when is a John Carpenter soundtrack not great? 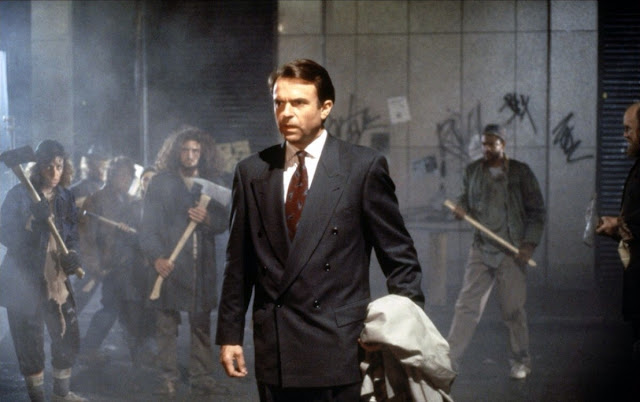 -I’m not a huge fan of movies with flashbacks, flash forwards, and repeated scenes. However, In The Mouth of Madness uses these filmmaking techniques to disorientate the viewer which works within the plot of the movie.

What I Didn’t Like About It:
-They mention Stephen King once or twice, but you almost feel like this is a movie written about Stephen King himself which is interesting. I feel like King should have had something to do with this if they were going to use him for a model and it bothers me that he did not.

-The ending may not be for everyone. I actually watched it twice this go around just to really appreciate all that is going on.

-The supporting cast is quite weak including Julie Carmen (Fright Night 2) and Jürgen Prochnow (Beverly Hills Cop 2) who I simply don’t buy into being Sutter Cane.

Additional Notes:
-This is the third film in John Carpenter’s Apocalypse Trilogy: The Thing, Prince of Darkness, and In The Mouth of Madness.

-The movie is filled with H.P. Lovecraft references and quotes.

Rating:
I enjoyed In the Mouth of Madness and find it a great way to spend a couple of hours. It’s not a perfect film and the ending can be a little chaotic, but if you like movies that screw with your mind and your perception then I think you’ll like this film.