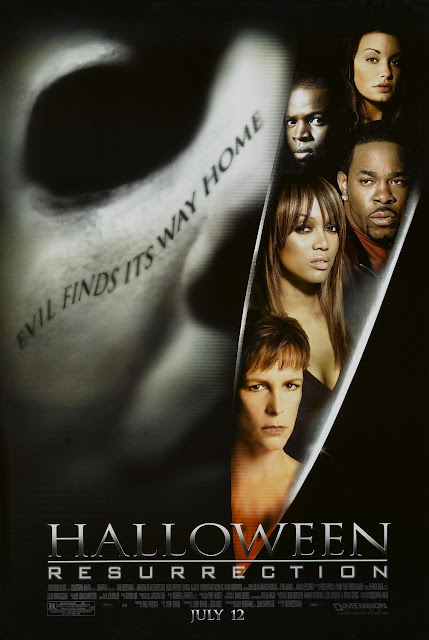 My History With the Film:
After my irritating experience seeing Halloween H20 in theaters, I decided to hold off until Resurrection was released on DVD before seeing it. I avoided the reviews online and had no expectations when going into this film. My initial reaction was very similar to my reaction now, there are some cool moments, and the film is based on a great concept, but there are some horrible casting decisions and characters that really bog the film down. I’ve watched it probably half a dozen times over the years, and find it easier to watch than Halloween 4 and 5.

What The Film Is About (Non-Spoiler):
A hot shot reality TV producer decides to live stream a show from the Myers House on Halloween night.

What I Liked About It:
-The whole live streaming reality TV angle was really ahead of its time. Reality TV was in its infancy, but live streaming over the internet really wasn’t being done in much. That made this film feel very new and unique, at least at the time of its release in 2002. 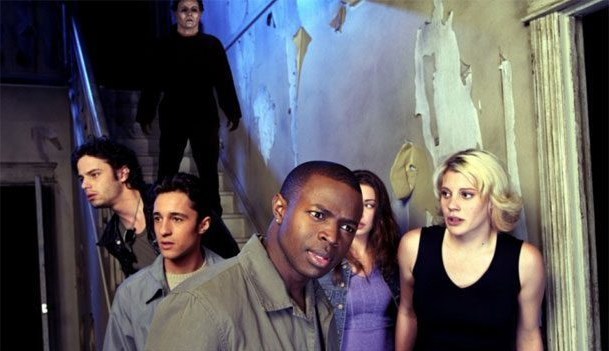 -It’s always fun going back and seeing a young Katee Sackhoff (Battlestar Galactica) in one of her early roles which is so unlike the characters she’s known for portraying: Starbuck from Battlestar Galactica and Vic from Longmire.

-I liked how much of the Myers house we got to see, and how much of it was discovered to have been spruced up by the producers of the reality show to make it extra scary. (SPOILER) At first, I was extremely frustrated with the discovery of the high chair, but once it was revealed to have been placed there for dramatic effect it really made sense. 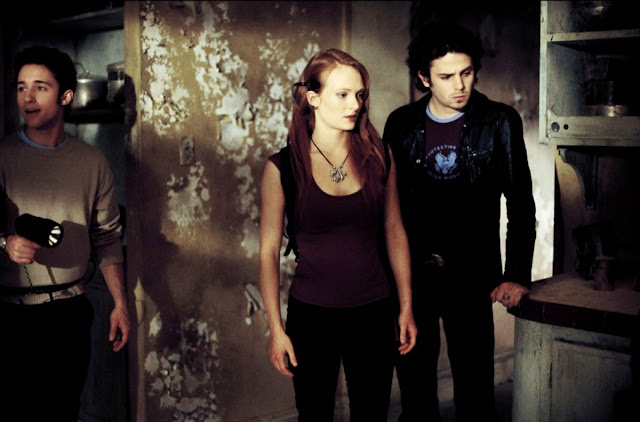 -Brad Loree’s Michael Myers is pretty spot on perfect. He looks great, moves great, and quite honestly is one of my favorite Michael Myers.

What I Didn’t Like About It:
-Tyra Banks and Busta Rhymes.

-The opening scene with Laurie Strode. Halloween H20 ended perfectly for that character, and while I look forward to seeing her reprise her new character in 2018’s Halloween, her part in this film was so unnecessary and a total waste. 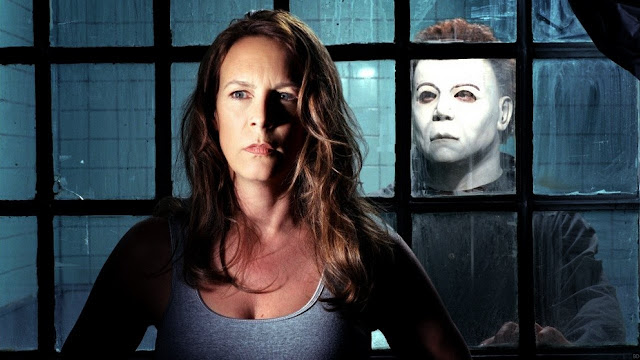 -The film felt like a very big step backwards for the series after H20, and it was. The failure of Resurrection led to Halloween being rebooted by Rob Zombie.

Additional Notes:
-Four different endings were shot and the director wanted them sent to different theaters, but the studio refused.

-The film ignores Halloween 3, 4, 5, and 6. So the timeline for this film in the series would be Halloween, Halloween 2, H20, and Resurrection.

-Several of the cast members had roles in other notable horror films:
Rating:
When you compare Halloween Resurrection to some of the franchise’s better sequels, it doesn’t hold up all that well. But I wouldn’t go as far to say it’s a horrible movie. It’s a 6 out of 10 for me and a rental.
By Brandon at October 30, 2019
Labels: 2000s, Halloween, Teen Horror