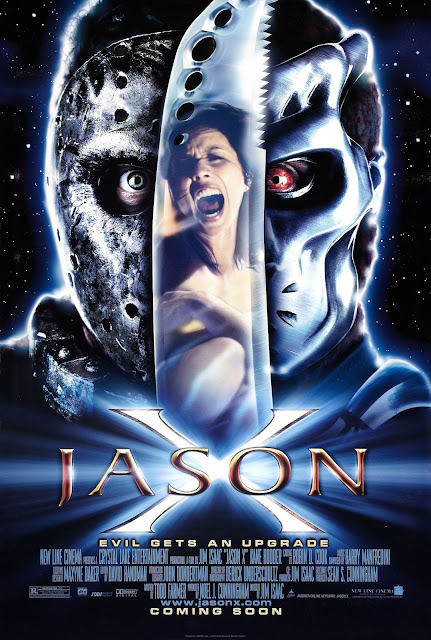 My History With the Film:
I was working at Blockbuster when Jason X came out, commonly referred to as the Jason in Space. I remember snagging the poster once it came in, because who wouldn’t want a Jason X poster on their wall? I didn’t rent the movie right away, because by this point the major classic horror franchises had pretty much been run into the ground. Leprechaun was in the hood, Jason was in space, Freddy was nowhere to be found, and Michael Myers was battling Busta Rhymes.

When I did rent it, I remember thinking, “This isn’t nearly as bad as I thought it would be.” Sure, it was hokey but so were many of the sequels. The movie held my attention for a while and I quite honestly can’t remember if I finished it or not, but I left thinking Jason X wasn’t good, but it also wasn’t absolute crap either. 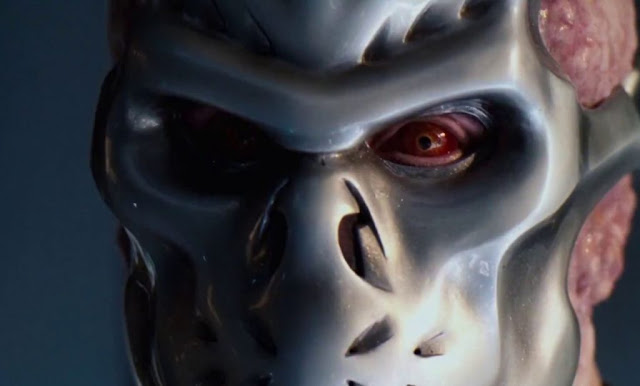 I revisited Jason X in 2017 when I went through all the Friday the 13th movies in a row. I had fun with Jason X and kept the film in perspective. It was a goofy sequel to a franchise many assumed had run its course, and at least it was better than Jason Goes to Hell.

What The Film Is About (Non-Spoiler):
Jason is accidently woken up after being cryogenically frozen for 400 years. A spaceship full of college kids are forced to face-off with the very angry killing machine.

What I Liked About It:
-Jason X never takes itself too serious. It also doesn’t play the movie as an entire joke either. 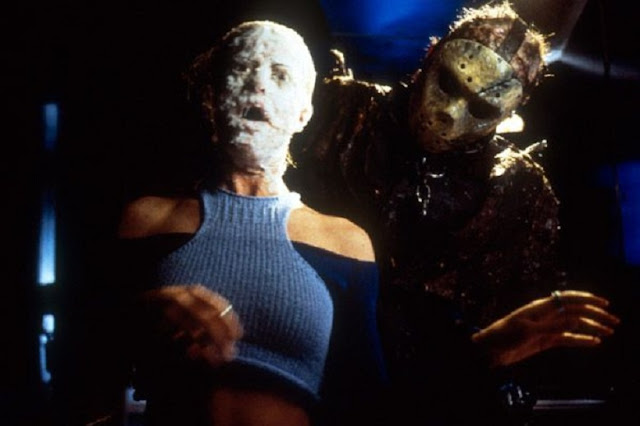 -I liked how the android was upgraded and turned into a fighting machine in order to battle Jason. It was a fun scene. 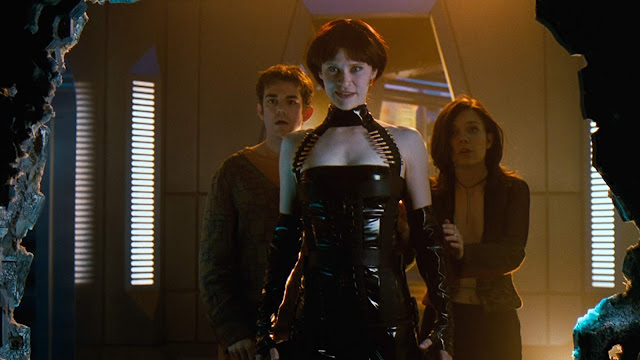 -The whole Camp Crystal Lake Holodeck scene was by far the highlight of the movie. It was an homage to the original films, but was also self-aware and worked perfectly with the plot.

What I Didn’t Like About It:
-As usual with my reviews of movies from this time period, the CGI is very inconsistent. I know it’s not fair to compared CGI from twenty years ago with CGI from today, but I really think this all goes back director’s misusing the early CGI when prosthetics and special effects would have sufficed and aged better. This film relied almost entirely on CGI when it came to the kills and gore, and some if has aged horribly.

Additional Notes:
-Jason X had the highest kill count of any Friday the 13th movie with 28 kills. 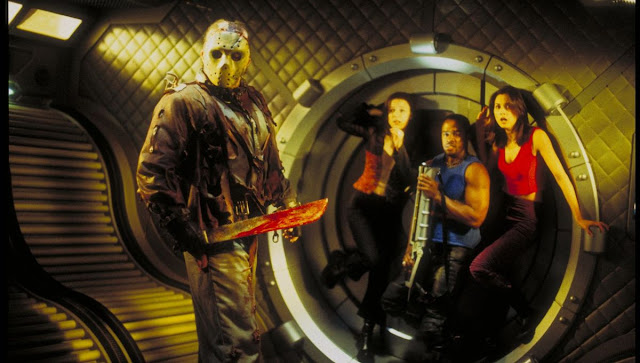 Rating:
Jason X was a vast improvement over Jason Goes to Hell and while it’s nowhere near the best in the series, it’s an entry that works more than it should. You have to check your mind at the door and embrace the concept and you can find some fun while watching Jason X.