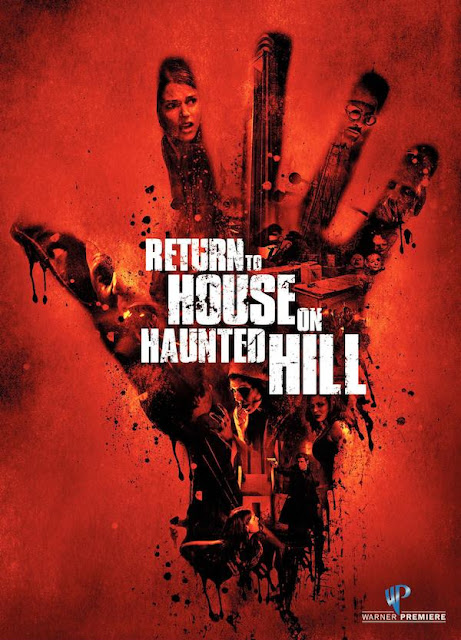 My History With the Film:
House on Haunted Hill is one of my favorite 90’s horror films. I loved the cast, the set, the story, the music, and the atmosphere. So, in 2007 when a direct-to-DVD sequel I was all over it. I rushed out to obtain a copy and sat down anxiously (with realistic expectations) to continue the story of one of my favorite horror films. All I can remember is being underwhelmed but thinking it could have been worse.

What The Film Is About (Non-Spoiler):
Dual groups meet up in the House on Haunted Hill to try and find a valuable statue that may or may not have played a role in the dark history of the house.

What I Liked About It:
-The house (while definitely not the same set) was well done and interesting. It would have been nice to revisit some of the same rooms we’ve seen before, but other than the lobby the set designers didn’t attempt to recreate any rooms from the first movie. 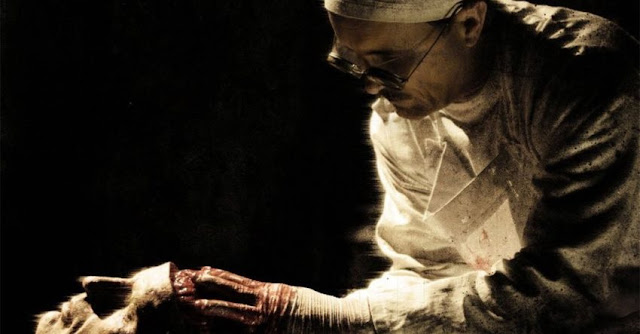 -Jeffrey Combs is brilliant in pretty much everything he does, and I liked him in this film, although I liked his character better in the first film. The whole “less is more” really worked for his character.

What I Didn't Like About It:
- I couldn’t tell apart the boyfriend and the teacher’s assistant. They cast two actors who looked/sounded way too much alike.

Additional Notes:
-Jeffrey Combs (Dr. Vannacut) is the only returning cast member from the 1999 film. 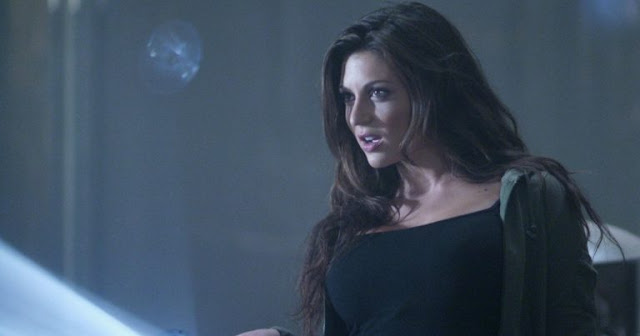 -A third sequel was planned, but ultimately canceled by Dark Castle after the DVD sales for Return to House on Haunted Hill disappointed.

-At the last minute, the film was shot “Navigational Cinema technology” which allowed viewers to make choices within the film to create one of ninety different endings. The script was not written beforehand to take this in account and it was all added as production began. 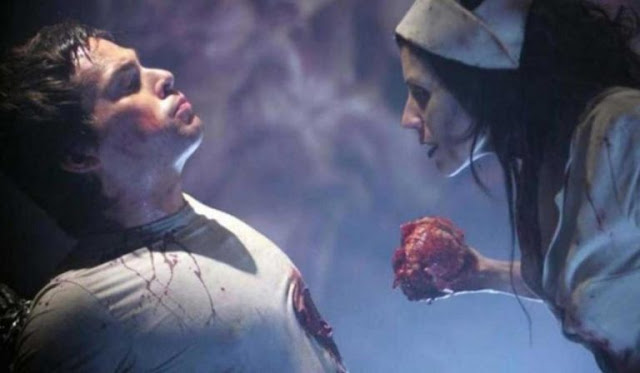 -This was director, Victor Garcia’s feature length film debut. He went onto direct other horror films like: Mirrors 2 and Hellraiser: Revelations.

Rating:
Return to House on Haunted Hill is a very ‘meh’ film. It doesn’t retain the same atmosphere as the first film which is a disappointment and I’m so over the dueling teams looking for archeological artifacts trope.

The effects were still good and creepy, and the cast wasn’t terrible, but the plot really left a lot to be desired. It’s not a terrible way to spend ninety minutes, but I wouldn’t go out of my way to watch this. I’d rate Return to House on Haunted Hill as a two out of five and say it’s a rental if you are a fan of the original and to skip it if not.
By Brandon at March 02, 2020
Labels: 2000s