I prefer the original Dawn of the Dead and it was a defining movie in my horror development as a teenager, but the 2004 edition of Dawn of the Dead is what comes to mind when I think about the current crisis. While the original film is an excellent commentary on consumerism, it lacks the effects and modern setting to really feel as relevant in 2020 as the 2004 version does. 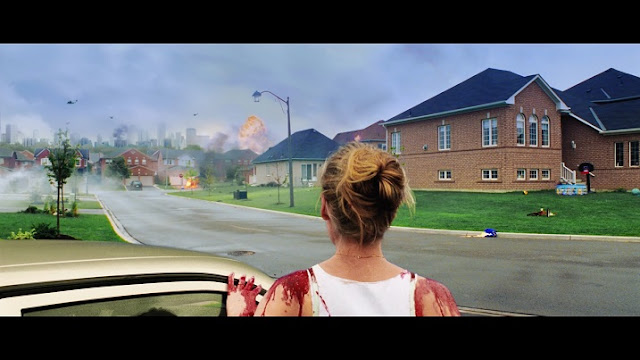 I’m sure the mall portion of the film could be related to the current lockdown situation we are all in, but it’s the opening scenes that really speaks to me. The hospital , the empty streets, the eerily tension that exists where something doesn’t feel right, but you just don’t know what it is. Then there is the explosion of violence and chaos and the world falling down. Here in North Carolina, we are all waiting for that sudden explosion of death and chaos to begin, so I feel like we are Sarah Polley in those first few moments of Dawn of the Dead, just waiting and trying to figure out what type of hell is going to come upon us as we look off into this distance.

The Fog is one of my favorite John Carpenter films and the isolation of the town of Antonio Bay gives me the same vibes as the world right now. In The Fog, a creepy fog rolls off the ocean onto this small town and plunges it into darkness. No one can escape the fog, and no matter where they hide, the fog eventually finds them and encompasses them, thus giving into a feeling of being powerless and at the mercy of The Fog. 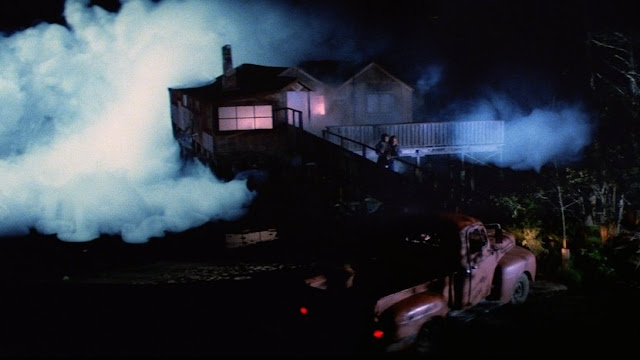 I feel like The Fog is a great metaphor for the current pandemic. For a while, we thought we would escape it in the United States. Then we thought our individual states would escape, then our counties, cities, towns, etc., but slowly the virus spread until eventually there was nowhere to hide. Now we are at its mercy, and while the infections/death/job losses are more random than a bunch of pissed off ghost pirates, it’s still a terrifying situation to incur especially when it seems like no one of us will be spared. 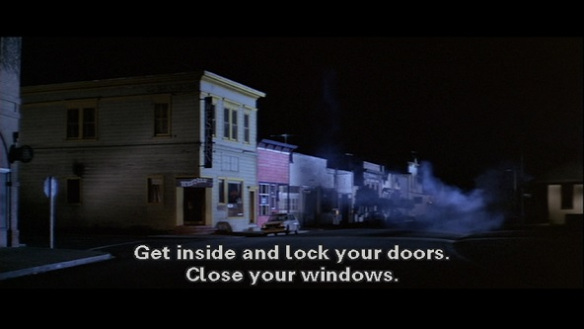 Isolation seems to be a big deal during this pandemic and can be approached from a variety of angles. We are isolated from our jobs, our friends, our family, our hobbies, our shopping, and our general daily activities. Being asked to stay inside prevent most people from living the life they usually live and this creates friction and stress. Then when you add the idea that your neighbor might be the one carrying a disease that will kill you, all of a sudden some decorum starts being forgotten. People stop making eye contact and start distancing themselves. We've had instances of people knocking people down (and even killing one person) because they got too close. Paranoia creeps in with isolation and our safe spaces suddenly become unsafe. Distrust runs rampant and fear begins to dominate our decisions and attitudes.

And when I think of this, I think of The Thing. The Thing is the story of a small camp in Antarctica that is infiltrated by a creature from another world. The creature as the ability to mimic any shape and once the isolated team members of this camp realize this they realize they can't trust anyone. The camp workers are forced to deal with their fears that anyone or everyone (including themselves) could be out to destroy them and this creatures a psychological trauma that implodes methodically.

The Thing is arguably the greatest science fiction horror movie ever made with brilliant performances, an excellent score, and masterfully created tension. As I watch the happy people around me slowly become bitter and distrusting, I think about The Thing. I just hope we have enough fortitude not to destroy each other as this thing progresses.


The horror movie genre was born out of The Great Depression when people were looking for an escape. Right now, Shudder is doing record business and people are requesting pandemic/apocalypse movies. While I personally don’t feel inclined to watch movies that mimic our situation directly, I understand their therapeutic properties I’m glad that people are finding ways to self-soothe during all this madness.


"Horror films don't create fear. They release it. I like to address the fears of my culture. I believe it's good to face the enemy, for the enemy is fear." - Wes Craven


If you are watching horror movies during this pandemic I highly recommend reading Mike Flanagan's (Doctor Sleep, The Haunting of Hill House) essay Facing Fear During Times of Uncertainty