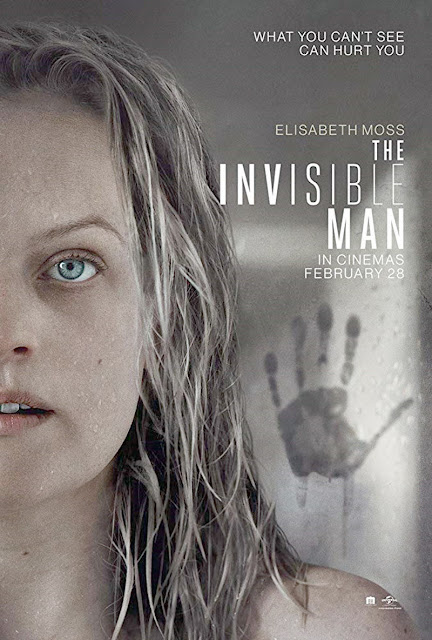 My History With the Film:
I’ll be honest, I didn’t pay much attention to The Invisible Man until it had a fantastic opening weekend at the box office. I’ve never been a huge fan of invisible man style movies, so this wasn’t exactly on my radar. But the hype and success of the film, quickly changed that and once it was released VOD I knew I needed to check it out.

What The Film Is About (Non-Spoiler):
A woman is terrorized by her abusive boyfriend who cannot be seen.

-Elizabeth Moss (Cecila) is always amazing and this film is no exception. Her acting brings an extra layer to a character who easily could have just been an overreacting victim. Instead, we are forced to deal with her trauma as she faces it and the mental abuse that continues. 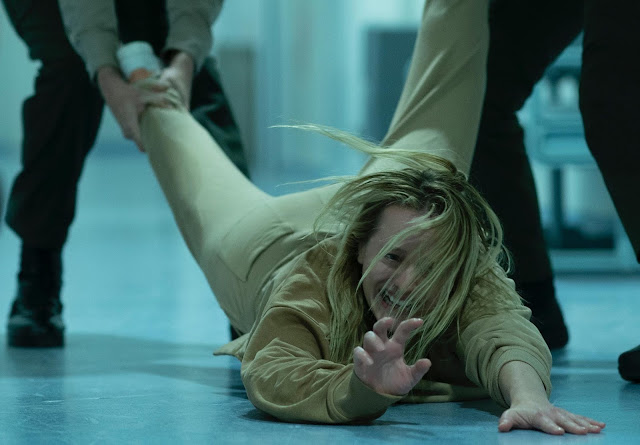 -The script does a masterful job of using emotional abuse as a catalyst for the story. You are consistently questioning whether this is all in Cecilia’s head and how much damage has the gaslighting done to her.

-The supporting cast is small, but very strong. No one performance stood out more than another, but everyone stepped up to the plate and you felt like Celica was surrounded by real people who were invested in her fight.

-The special effects were quite good and there were quite a few times I caught myself trying to figure out how a particular scene was done.

What I Didn't Like About It:
-The trailer ruined 75% of all the surprises. This is a problem with a lot of modern trailers and is one of the reasons why I try to avoid them if it’s a movie I’m very excited about.

-The movie plays out more like a psychological thriller than horror movie.

Additional Notes:
-One of the first films released to VOD while still in theaters due to the COVID-19 pandemic. It was priced at $19.99 for a rental with a 48 hour watch period.


-The wall outside of the mental hospital has graffiti featuring Billy the Puppet from Saw. The director, Leigh Whannell, wrote and starred in the original Saw.

Notable Horror Connections:
Rating:
When the credits rolled on The Invisible Man, I couldn’t help but feel a little let down. I think between the success at the box office and the hype that followed with that, combined with most of the movie being ruined by the trailer, I just didn’t feel like I got the whole experience. What I did feel was The Invisible Man did a great job at discussing psychological trauma and took a very different approach to horror in the process. It highlighted the struggles that abuse victims are forced to deal with and then turned gave it a real enemy to fight in the process.

The Invisible Man is worth a watch, especially if you are in the mood for a psychological thriller with a supernatural edge. I’d rate it as a three out of five and say it’s a low priority rental.
By Brandon at June 15, 2020
Labels: 2020s, Blumhouse